Battle of Ohio Goes Down to the Wire, Ending in the Bengals' Favor 23-20 in OT

Share All sharing options for: Battle of Ohio Goes Down to the Wire, Ending in the Bengals' Favor 23-20 in OT

That was about as long of a football game you could possibly get on Sunday when the Cincinnati Bengals defeated the Cleveland Browns 23-20 in overtime with just four seconds left on the clock. If Shayne Graham had missed the kick, the game would've ended in a tie barring a miracle.

For the first time this season, Browns fans were treated to a competitive football game. The team's play over the first three weeks of the season was abysmal, but there were more positives that could be taken away from this game than perhaps the whole season combined. In a sense, the team clicked on all three cylinders -- the offensive, defensive, and special teams units all collaborated for a relatively complete football game. What we lacked was the final knockout punch, something that Carson Palmer was able to deliver for the Bengals. 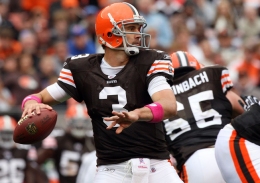 Anderson provided a spark, but nothing more than we already knew he was capable of. 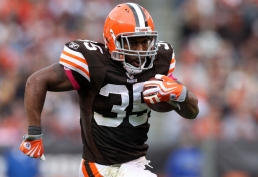 On 29 carries, did Jerome Harrison do enough to show he's ready to be Cleveland's back of the future?

Up next, the Browns face the Buffalo Bills. As bad as the Browns quarterback situation has been, I think I'd take ours over having Trent Edwards. Can Jerome Harrison have another big run against the Bills this year? We shall see.

Here is the roll call of who participated in the game thread, with emily522 having the most to say...