Share All sharing options for: Browns Get Leveled by Ravens in Pitiful 16-0 Monday Night Game

When I went to the Giants vs. Browns game Monday Night, the excitement running through my veins throughout the game was a euphoric feeling.

When I went to the Ravens vs. Browns game on Monday, there was a completely different feeling: emptiness. Since we're out of contention, I'm beyond the point where I feel "crushed" after a loss. I was very pleased with the performance of the defense, but the continued inept performance by the offense just left me blank.

Let's get to another sad review of the game... 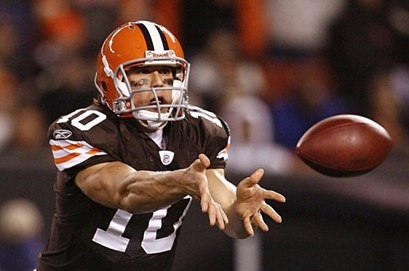 Up next, the Browns will face the lowly Detroit Lions. I have no faith in the Browns offense, but the defense could very well deliver a performance similar to the Buffalo game for a win. Rookie QB Matthew Stafford has been prone to mistakes, and if our defense creates turnovers, a 6-3 type of game might be enough to win again.