In Eric Mangini's first home game against the Pittsburgh Steelers as the head coach of the Cleveland Browns, he came away victorious. There are a lot of players who deserve credit for the hard-fought victory -- one that just might have taken a lot of heat away from Mangini after the team's 1-11 start to the season. With games coming up against Kansas City and Oakland, who knows -- maybe we'll finish strong just like the Cincinnati Bengals did last season.

Let's get to the full review of the game, starting with the game balls for once... 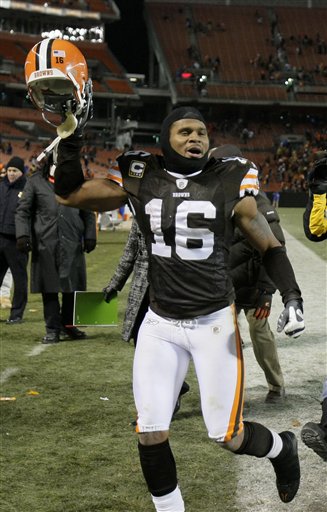 Joshua Cribbs celebrates after beating the Steelers for the first time in his career. Finally, his outstanding production against our hated rivals paid off.

Next up, the Browns battle the Kansas City Chiefs. The Chiefs' offense has struggled this year, but running back Jamaal Charles has shown some explosiveness. It'll be important for the Browns' defense to not let their guard down on the road, although the Chiefs are only 1-6 at Arrowhead this year.