Share All sharing options for: Quiet Free Agency Period in Store for Browns?

Former Browns general manager was known for starting free agency off with a bang the past several years. During his tenure (spread over a couple of years), he made splashes with acquisitions such as:

Thus far, only Rogers, Smith, and Jurevicius have been productive. Nonetheless, most fans were largely ecstatic at the time of the signings. Even analysts would praise some of the bold moves that Savage made. Savage is no longer here though, and that means the tone of free agency could change dramatically this year under George Kokinis and Eric Mangini.

Will the new duo make a splash right away like Savage did, or just stand by and pick through the scraps after a week or so has gone by? First off, it's important to look at what starting positions from last year we lost in free agency:

These are the positions that may need upgrading, and are not listed above:

I could also make a case for quarterback to be listed, because if our plan is indeed to trade Derek Anderson, then we'll need a quarterback. However, a trade would likely come later on down the road, so it's not an immediate position I expect the Browns to address.

Considering the positions above, here are the top free agents the Browns are either rumored to be looking at, or I would like them to look at with free agency underway (the list is ranked in order to my preference): 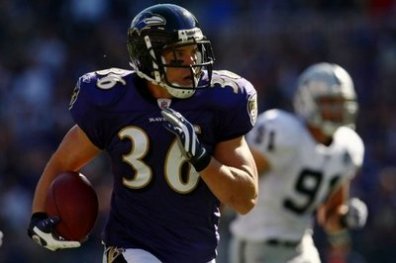 Leonard was very good last year with Baltimore. Because he only started for one year in Baltimore, the Browns might be able to acquire him for cheaper than Sean Jones. It's probably too early to look at someone playing multiple positions, but Leonhard has experience returning punts. If anything happens to Joshua Cribbs, we wouldn't have to carry a backup (like Syndric Steptoe or Gerard Lawson) on the roster merely for insurance purposes.

More important than that though, Leonhard was all over the field last year, showing impressive versatility, especially in the postseason. Jones is an attractive free agent to bring back too, but how confident can we be that his health won't become an issue again? Kokinis knows all about Leonard from Baltimore too.

This is an interesting one. Washington quietly developed into a consistent threat for Ben Roethlisberger. The past two years, the shining of Santonio Holmes has prevented Washington from being showcased more. Washington has been healthy for every game the past three years, and has Tim Carter speed with much better hands. Born in Toledo, OH, Washington would be  the productive third/fourth-receiver we've been missing since losing Dennis Northcutt. The Examiner has a report that the Browns, Titans, and Eagles might be interested in him.

I'm not so high on Ward as a few other people are. The Giants' offensive line was very good, as was Ward last year. However, it almost seems as if the Giants could plug William Green into their system and see positive results.

On top of that, I'm still hopeful that Jerome Harrison can see an expanded role this season based on the fact that Leon Washington was used effectively with the New York Jets last year. Still, with Jamal Lewis' productivity level in question, I can't argue about addressing the position. Doing so in the draft, like many other teams have done the past few years (Indianapolis, Carolina, etc) might prove to be a better option.

The reason I have Scott ranked lower is because I feel this would be an ambitious signing. Scott will be high on many team's radars, and I expect Mangini to make more of a splash in the draft or bring in one of his former linebackers. Scott's production projection also has a lot of variability. Will he turn out like Adalius Thomas did when he went "solo" to New England?

With so much doubt, why did I even bother putting Scott on the list? Because I'm still intrigued with having a solid veteran amidst our linebackers -- someone the rest of our young linebackers can look over to for leadership. Scott might have been more productive in Baltimore's system, but I'd expect his leadership to be superior to Andra Davis'.

NOTE: For the moment, this will be an open free agent discussion thread. Talk about any pending deals with other teams, or rumored deals with the Browns.