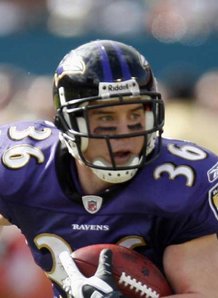 Ryan, who replaced Eric Mangini as the New York Jets head coach, already signed LB Bart Scott a few days ago. His most recent signing is the player I was most interested in -- S Jim Leonhard. Both players were on Ryan's defense last season, when Ryan was the defensive coordinator for the Baltimore Ravens.

Leonhard's contract was for three years, and approximately $6 million. That was the type of deal I expected him to get, which makes me wonder why the Browns seemed to not have any interest in him, especially since he was in a 3-4 system in Baltimore.

Terry Pluto of the Plain Dealer shares my concerns at safety:

"I don't hear much from anyone else, but the Browns have a real problem at safety. Sean Jones is a free agent, and there are questions about him -- especially in pass coverage. Brodney Pool is back, but has suffered three concussions in his Browns career. Mike Adams is a free agent, but even if he signs, he's best as a backup and special teams player. They really do need an impact player at this spot."

Pluto suggests that if the Browns do sign Bills CB Jabari Greer, it could signal a switch to safety for Brandon McDonald. However, with McDonald being unproven at the NFL level at safety, I don't think he's a legitimate candidate to warrant the starting role outright. The latest reports have tumbleweeds blowing in the wind for Jones, and Adams drawing interest from teams like Green Bay and New England.

Giants S James Butler, who reportedly drew interest from the Browns earlier in the week, seems close to a deal with the St. Louis Rams. Maybe the apparent lack of interest around the league in Jones will lead to him signing an inexpensive contract with the Browns. Would the same-old same-old secondary from a year ago be up to the standards of the new regime though?

Then again, we did acquire an additional pick in the first fifty selections recently...