Report: WR Drew Bennett Being Brought in for Workout

Share All sharing options for: Report: WR Drew Bennett Being Brought in for Workout 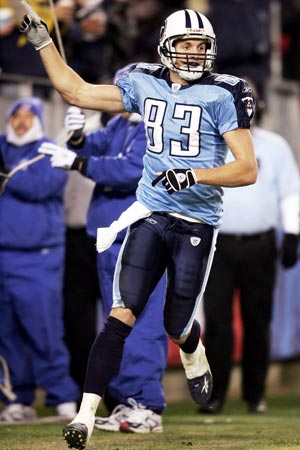 According to Scout.com's Adam Caplan, former Tennessee Titans and St. Louis Rams WR Drew Bennett will be brought in by the Cleveland Browns for a physical and a work out.

The news comes as somewhat of a surprise considering we were inactive in the wide receiver free agent market prior to the draft, with our only significant signing being veteran wideout David Patten. After drafting receivers Brian Robiskie and Mohamed Massaquoi this past weekend, it looked as if we were "set" for the season.

With that said, I would encourage a Bennett signing if we can get him for cheap. He flourished at times while he was with the Titans, but he was a major disappointment the past two years for the Rams. At 6'5", Bennett has similarities to former Browns wideout Joe Jurevicius.

Bennett is coming off foot surgery after only playing in one game last season.