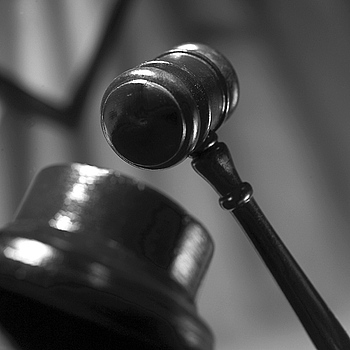 The Browns have laid down the law, but Cribbs is fighting back.

Early on in the era of Eric Mangini, one of the first impressions he made was on DT Shaun Rogers. Mangini rubbed Rogers the wrong way by not greeting him, along with a few other various incidents that can be looked at as "petty". Nonetheless, at the time, the possibility of Rogers holding out unless he was traded seemed like it had some legitimate merit to it. An early "mutiny" was forming against the new head coach because nobody on the team seemed privileged enough to meet him.

Then, along came Joshua Cribbs. Cribbs took the initiative to walk into Berea and ask to speak with Mangini. Following their long talk, Cribbs already seemed like he was a favorite of the coaching staff.

Today, everything is reversed. On the team website yesterday, Rogers is getting ready for the new season and has settled in with the new staff:

"We'll get to work tomorrow," Rogers said, "and then we'll start to know a little more about all that's new and where we're headed. But I think guys are excited."

With Cribbs, things have taken a turn for the worst, according to the OBR. Following the OBR's reports yesterday, a statement was released on the official team website:

"Contrary to published reports this morning, no one from the current Browns organization, including Owner Randy Lerner, has ever made any promises to Josh Cribbs with regard to his contract status."

How did Cribbs react to that? Not too kindly. Here is what the OBR has to say:

The OBR has learned that, earlier this afternoon, Cribbs' agents -- J.R. Rickert and Peter Schaeffer -- sent an e-mail to new general manager George Kokinis in which the player representatives expressed their displeasure over how their client was portrayed in the statement released through the club's website.

It's believed the statement made Cribbs "look like a liar or a fabricator" as one source put it, and needs to be addressed by the organization as quickly and publicly as possible.

In the OBR's story, they cite several of their sources that again confirm that it seems apparent contract talks did take place between Cribbs and last year's management. I encourage everyone to visit that link for more details of the story, including Lerner's response to the OBR's questioning as well as a response from Cribbs' agent.

Among the other notes in the report is the fact that Cribbs could request a trade if progress isn't made in the near future. Where will that progress start? The Cleveland Plain Dealer seems to indicate that it'll start with discussing the same type of deal that Devin Hester got -- four years, $40 million, with $15 million guaranteed. Yikes.

However, you can't imagine Cribbs getting that much. The Browns have some leverage in the fact that Hester was the Chicago Bears' No. 2 receiver last season, whereas Cribbs probably won't see the field regularly in typical formations considering Braylon Edwards, two high draft picks, and Mike Furrey are on the roster.