It's Day 3 of Cleveland Browns training camp, and the morning practice is already in the books. There weren't a lot of updates on the injury front, with a name or two even being added to the "minor" injury list. 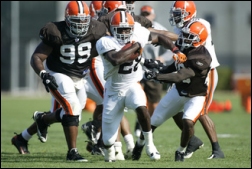 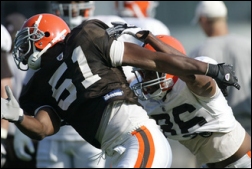 OLB Alex Hall gets the better of TE Martin Rucker in a rushing drill.

The evening practice report will be up either late tonight or some time tomorrow morning.