The Cleveland Browns played a competitive game against the Tennessee Titans en route to their second straight victory of the preseason. Heading into the game, the big question for the Browns was whether we'd have a definitive answer as to who our starting quarterback would be. Both quarterbacks ended up playing well, so now it's on the shoulders of Eric Mangini to make the final decision. If the clues he has been giving are any indication, then Brady Quinn will be named the starter.

Let's get to the recap of the game... 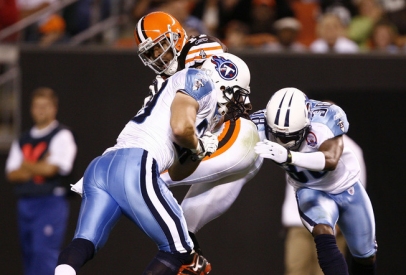 The Browns have to cut their roster down to 75 players shortly. I'll have another roster projection up soon. Then, the players will have one last chance to impress against the Bears Thursday before the rosters are trimmed down to 53.

Here is the roll call of who participated in the game thread, with Buckeye Brad and myself having the most to say...