After missing the first four days of training camp with an "undisclosed" injury, Cleveland Browns WR Braylon Edwards returned to the team for Day 5 of training camp. Did he make an impact during his first practice session since last year? 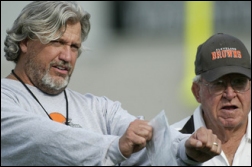 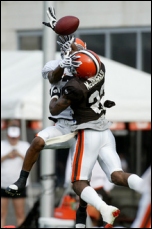 The Browns will be featured on Sirius NFL Radio from 3 p.m. to 7 p.m. EST. Unfortunately, I won't be able to give live play-by-play of the segments like I have the past two years. The team will be having their evening session later tonight. Be sure to check out Dawg Scooper's thoughts again -- another good, personable read.