Rufio's Playbook: There Are Really Only Two Kinds of Defenses

Share All sharing options for: Rufio's Playbook: There Are Really Only Two Kinds of Defenses

OK, to say there are only two kinds of defenses is a blatant oversimplification.

But really, when it comes down to it pass defenses can be classified in to one of two categories:

There is an old coaching cliché that "cornerbacks lie, but safeties tell the truth", and like many of those clichés, it isn't completely meaningless.  This is one of the ways in which football is infinitely complex, yet painstakingly simple: no matter what crazy things the defense is doing underneath, the safeties still often lead a QB to the correct receiver.  Because of this, many pass offenses base their reads off of the safeties.

Teams will use different terminologies to describe what the safeties are doing, but almost all offenses will utilize both a pre-snap and post-snap read of the safeties.  This means that the QB (and probably the receivers) will look at the safeties once they have broken the huddle and set the formation.  They'll be thinking:

"How many safeties are deep? Is one of them occupying the deep middle of the field or are they wider out on the hashes?  Are they split evenly?  Is one rolled up near the line of scrimmage?"

Again after the snap, while the QB is making his drop and the WR is beginning to run his route, they will probably make the same read again, asking the same questions.  What the defense tells you before the snap and what they give you after the snap can be entirely different.

No Safety in the Middle of the Field = MOFO

MOFO defenses are also sometimes called "two-high" defenses.  They include Cover-2, Cover-4, and Cover-0 defenses.  Basically all this means is that there is no pass defender occupying the  deep middle of the field. 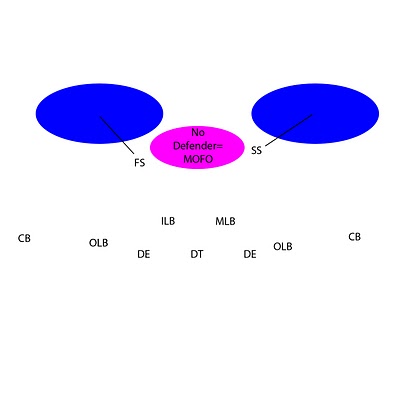 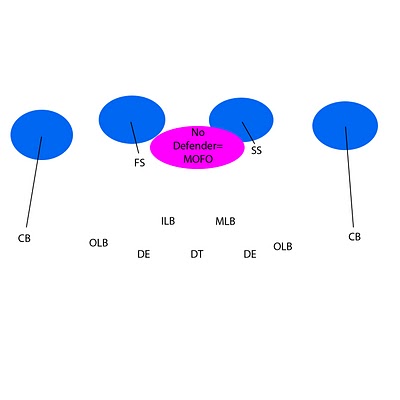 Safety in the Deep Middle = MOFC

MOFC defenses are also called "one high" or "three high" defenses.  They include Cover-1, Cover-3, and potentially what some teams call Cover-8 (quarter-quarter-half) defenses. 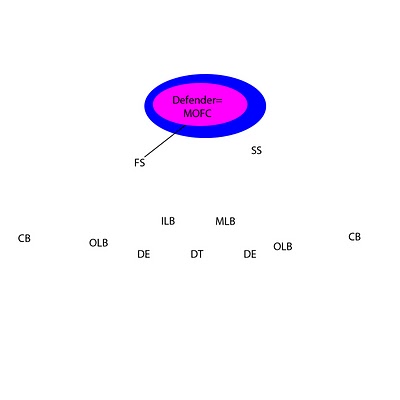 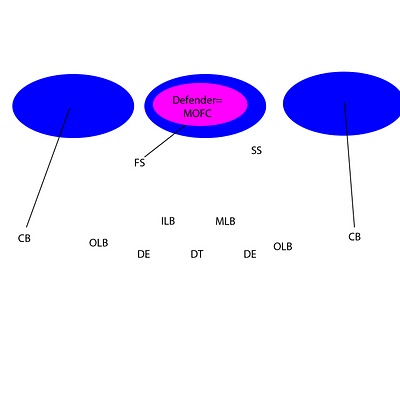 The MOFO or MOFC read will be important to the offense in several situations, but I'd like to highlight it's importance to two "option" routes: the "divide" (or "seam read") route, as well as the "middle-read" route.

The "divide" or "seam read" route is designed to attack whatever coverage the defense plays.  The receiver running the route wants to read the seams created by the safeties, and to get between (divide) them.  This means against MOFO coverages, he will run a post, right in the deep middle of the field.  Against MOFC, he will run a "seam" route: 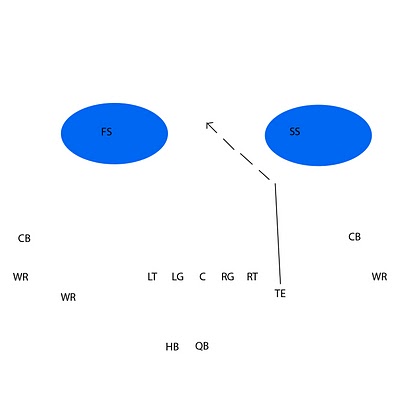 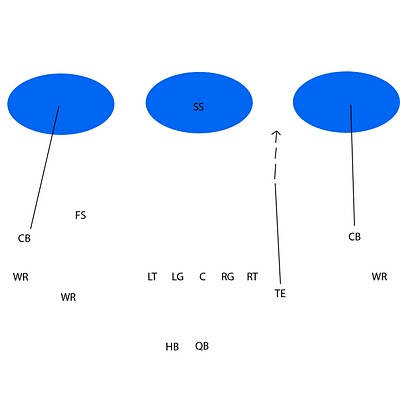 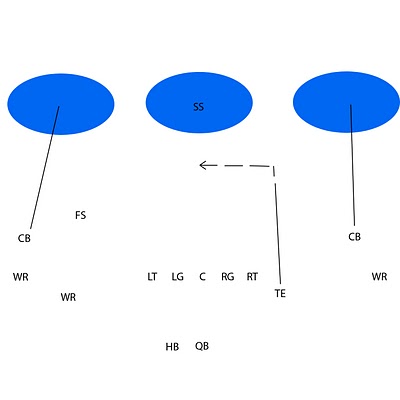 Using either of these routes, the offense can easily figure out what the defense is giving them and take it.  They afford the offense flexibility on the fly, even against defenses that are good at disguising what they are doing. At the same time, they are intuitive and allow a lot of freedom to receivers because they allow the receiver to do what receivers like to do: run to open grass.