How to Beat the House: QB Edition

Share All sharing options for: How to Beat the House: QB Edition

Third in an ongoing series of how to outsmart the NFL draft. Here are parts one and two. 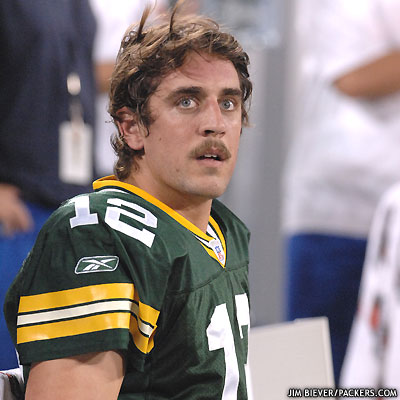 In part two, we figured out the best value of the NFL draft. But now we needed to dig deeper. Are we risking missing out on the next Philip Rivers by getting out of the top 15? Should we draft a QB late and give him years to develop? Should we just sign a Free Agent and cross our fingers? What we found was very interesting.

What if I told you we found out a place in the NFL draft where your chances at getting a great QB are the same as the top of the draft, for less than 20% of the price? Wouldn't you poop your pants? Grab your depends and come along!

First, in order for me to find out where great QB's are drafted, I needed to first get a good, accurate definition of what a good QB is. It can be different from person to person. A player I may think is good, you may think is a bum. We needed something that drew the line.

We sat down and described what factors we wanted most out of our QB's. Before it is asked, if something has no way of being measured (thinking, grasp of offense, "being a winner") were not included because it is foolish and there is no possible way of quantifying those qualities. We needed something that we could point to and say, this is what we want out of a QB.

As a group we decided that the three best factors that are almost 100% in the QB's hands are the following (in no particular order):

Of course there are more aspects of a great QB, but we tagged these as the four most important ones. If you have a QB that throws the ball downfield accurately and protects the ball, you have a damn fine QB. This sounds so foreign to us Browns fans because we have never had a QB that has done this things on a consistent basis. So now we had the qualities, but now we had to break down what levels we were looking for.

We didn't want to go off of carer level numbers. After all a player should who has a great season is valuable, just not as much as a consistent one. So we did the following. We went back for the past ten seasons and broke down every QB. We looked at every single season that a QB started more than 8 games. Every season by a QB was filed into one of four categories and assessed the point values:

This is the big boy level of being a QB. This is your All-Pro level. Over the past 11 seasons, this level has been reached 36 times. Sounds like a lot, but that is out of 352 possible seasons. This is the top 10% percent. The scary thing is that this level seems like it is being reached easier with every passing season. Here is a break down. Bold indicates the first time:

The reason we call this the Orton line is that these numbers are pretty close to what Kyle Orton put up in Denver this season. I don't think Kyle Orton is a great QB, I do think he had a very nice season though. Anyone who puts up these stats on a regular basis is a damn fine QB and shouldn't be ashamed in any sort of fashion. But the difference between Orton and Elite is dramatic even though it may not look like much in plain numbers.

Looking at these numbers you think, those look really low. They are, but you would be shocked to see how many QB's failed to hit all three of these markers in a season. McNabb has done it only five times in his career.

Anything below these three levels, in todays NFL, are not counted. Many players will play an entire career and not hit these levels. That doesn't mean that they aren't any good, it just means that going forward we doubt they will ever have the chance at being a great QB. After all Derek Anderson had a wonderful 2007, but he didn't hit the level 3 markers. This is our thinking on the QB position. We need all three factors from a QB.

So, now that we know the levels of what we were looking for, what did we find? Looking back at the NFL draft from '99 to '08 (I didn't count the rookies from this season, because none of them hit the marks and it would have skewed the numbers, so I kept them out. Matt Ryan and Joe Flacco are the anomalies, not the norm.), here is how the first round QB's stacked up (In order of points and * stand for how many times they reached elite status).

That is right, 17 players didn't have one season of 59% CMP, 6.7 YPA, and a plus TD-INT ratio. 17 out of 28. I don't know if you would want to call them "busts" but that number is scary high to me. So what QB's outside pick 32 scored off the charts? (I did pick 32 for one reason. It is the length of todays first round. This raised an issue because as we know, Drew Brees was the 32nd pick in the draft. He was a second rounder, but his pick now rests in the first round. If there is a hug objection to this, I could change it. So speak up if this bothers you).

Since the '99 draft, here are the QB's outside the first 32 picks that scored points in our scoring system:

I was shocked to see how few QB's mattered. There were 103 QB's drafted from pick 33 on since '99. Out of those 103, only 8 of them had seasons that we cared about. That is just under 8% on a hit percentage (obviously giving us a 92% miss). The first round gave us 40% miss percentage. Neither of those numbers are pretty, but 40 is a whole lot prettier than 92.

What does this tell us?

I was not happy. I was firmly in the camp of draft a QB later on and let him develop then watch him become awesome. The numbers have shown, that this is a bad idea. For every Tom Brady there are 9 Ken Dorsey's. It is a nice idea to get a QB late in the draft, but for a team to count on that player being a good QB is a horrible idea.

A team HAS to draft a Quarterback in the first round. You have no idea how much this bothered me. I really wanted this to show me how a QB could be found anywhere in the draft. Alas, I went in with an open mind, and I am now a believer, it has to be done.

This wasn't good enough for us. We wanted to know if we could still take a QB in the value zone that we discussed in the value part of this on going series. Can we stick with the plan when taking a QB or are we taking a drastic step down in terms of talent?

Let us break that down even further.

Since '99 there have been 19 QB's taken from picks 1-14, the danger zone in our value piece. Remember, we want to avoid this area like the plague.

This is the breakdown:

Picks 1-14: On average these players scored 6.3 per player. They had a miss rate (a player not earning a single point in our study) of 42%. The high scorer was McNabb.

Yep, you read that right. The players taken from picks 15-32 scored the same as the danger zone QB's. The miss rate was still the same. In other words, you could still find a QB in the second half of the draft just as easily, and with the same miss rate, as you would early on in the draft! It doesn't matter where you pick a QB in the first round, it just has to be inside of the first 32 picks.

Here is the big difference that we already talked about, but it is worth mentioning again. The rookie contracts. These are the ones that I found (If you find one of the few that I am missing, please post it with a link to where you found it and I will add it and adjust the figures, thanks). Sorry, this is going to be long:

On average those contracts average out to be 5.76 years for 47.38 million.

What is the damage for the value area of the first round? Glad ya asked:

Brady Quinn 5 years 9.2 million (Remember most of his $$ is playing time based)

As of right now these contracts average out to be 5.28 years for 8.39 million. Damn near the same length for about about 18% of the price! It's not even close to be equal price!

So I ask you, why draft a QB early in the draft when he is going to cost you four times the price, and you have the same chance of drafting a good QB later on in the draft? It makes no sense to take a QB early in the danger zone. Again, we as a team need to get away from the top 15 like we are on fire, pick up extra picks and attack the second half of the first round.

Could some other factors play a role in this discovery? Yes a team drafting later on in the draft is a better team, so wouldn't a young QB do better on a good team? Damn straight he will. Yet we see teams building around QB's all the time. The numbers have shown that the QB should be one of the FINAL pieces. Drop a QB in a great situation and he has a much better chance of being a good pro. Look at the list above, only Quinn was really dropped into horrible situation.

So what have we learned throughout this whole ordeal?

Once again, this is by far the only way to attack a NFL draft. But remember, we are thinking outside the box with no preconceived notions. So if you wanna add, by all means bring it.

Did I mention Go Browns?