Share All sharing options for: Reboot! DBN Draft Board Try 2 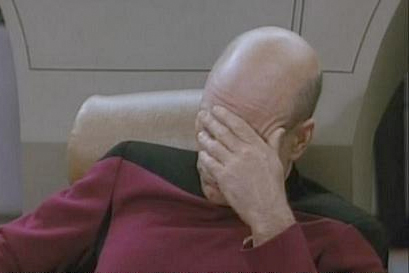 Due to confusion, we are hitting Ctrl+Alt+Delete on the 2010 DBN Big Board.

We are starting over using an awesome new script into which Chris poured his blood sweat and tears, and I will try to explain the concept of what we are trying to do in a more clear way.  And best of all, thanks to Chris' work, all votes will be collected, tallied, and factored in to the board.  It just didn't feel right to start things off by counting less than 1/8th of the votes.

If you don't want to read the rest of this, you can skip to the "Our Draft Board" section below.

Draft Board or Big Board

The bottom line is that somehow, someway, teams develop a plan for the draft beforehand so that they don't make multimillion dollar decisions that impact their entire franchise in the pressure-packed environment of the draft.  Plan what you can now, make small adjustments and react later.  The Big Board is a team's plan.

This is a mostly self explanatory term.  "Needs" are positions where teams need to draft new players because the players they already have just don't cut it.  Some of the Browns' (mostly agreed upon) needs are CB and S, for example.

Every team has needs, but the questions are:

1. What, exactly, are the Browns' needs?

2. How badly do we need new players at each of those positions?

3. How much of a boost should players get on the draft board because they play a position where we have a need?  For example, if Eric Berry and Taylor Mays are gone when the Browns pick at 7, should they pick Nate Allen because he is the best Safety left?  Should they turn to another need? Trade back? Take the best player available?

Different people have different views on the value at different positions. For me, value comes down to two things:

2. How rare are good players at a given position?  Great quarterbacks, for instance, are extremely rare.  A lot of teams seem to be looking for great LTs and NTs too.  Will good players at this position come around twice every draft?  Once a year?  Once every couple of years?  Is it worth taking a flier on a player at this position in the first round, or can we wait until later in the draft for a solid player?

Another buzz word this time of year.  To me, character can play a big part in deciding whether a player reaches his potential or not.  Will he be in and out of jail?  Will he be distracted by fame, fortune, etc?  Will he be routinely suspended from the NFL? Is he a hard worker who will give effort in practice and the film rooms to improve, or will he take his huge signing bonus and be content?  Does he really care about football?

Character may or may not matter to you with regard to the draft.  Whether or not it matters and exactly how much it matters should be reflected in your rankings.

Rank the top five available players. Take talent, value, need, and character into account if you think the Browns should take these things in to account when drafting.

Players will receive 5 points for every first place vote, 4 for every second place, and so on.  They will receive 0 points if they are unranked.  Total points from all ballots will be added, and the 5 players with the most votes will be taken out of the pool of available players and put up on the big board.

This is not a mock draft.

Don't predict what will happen

Don't think about other teams

Don't worry about who is available. (I will take players out of the vote-able pool once we put them on the board)

Just rank your guys in the order you would like to see them drafted by the Browns.

For instance, I think the top five players purely in terms of talent are:

Because of need, value, and character, my first ballot will look like this:

Please vote only once.

VOTING HAS ENDED. PLEASE VOTE IN THE NEWEST POLL

Using the Scouts Inc. rankings (yes, I am aware of how much you hate Todd McShay) I will compile a pool of 25 draft eligible players.  We will take a poll and rank players five at a time. New polls will happen every two days or so until the draft.

If there are players you think I should include in the draft-eligible pool--especially if they aren't coming up in McShay's rankings, let me know and I will put them in for the next poll.