Hear me out: The Browns should sign JaMarcus Russell

Yeah, I said it. Big whoop, wanna fight about it? 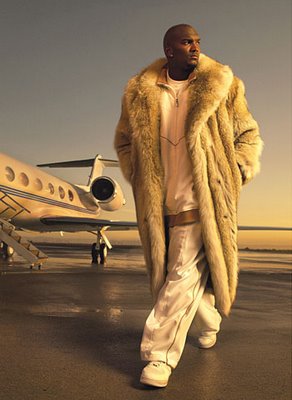 Al Davis paid for all of this .

Trust me, I thought the same thing you are thinking right now.

No way freaking way do I want JaMarcus Russell as a Brown, unless it is as a LT. But I couldn't shake it the thought of it. Should the Browns take a chance on signing the greatest draft bust of all time?

Yep, and here is how I got here.

First of all, why did JaMarcus fail in Oakland?

I am not going to make excuses for his lack of conditioning and overall apathy towards his job as a NFL quarterback. That is troublesome. Could he fix this? Sure, and he wouldn't be the first QB to need a fresh start in order to start taking his job seriously. Hell, Brett Favre couldn't stop partying and drinking in Atlanta. He needed someone to turn his career around. See where I am headed?

I am not expecting JaMarcus to show up at training camp at 225lbs, but I think that we may see a young kid who got a cold dose of reality. Oakland is going to cut him and he is going to have to go begging for a job in the NFL. He will be on his last chance. I have a hunch that could be what wakes JaMarcus up.

If he looks at this situation and doesn't get his fat ass in shape, then he will be out of the NFL in under two seasons.

As for the rest of his situation, I see it like this; It wasn't all his fault.

What number one pick got a complete shaft job?

What about his offensive line?

His LT's have been Barry Sims, Kwame Harris and Mario Henderson.

His LG's has been Robert Gallery

His C's have been Jereme Newberry, Jake Grove, Samson Satele

His RG has been Cooper Carlise

In three seasons he has had 10 different starting offensive lineman. Not only have the been 10 different guys, but for the most part, they suck. So no weapons, no offensive line and the QB sucks. Chicken or the egg? Of course JaMarcus failed. He was in freaking Oakland. Who has done anything there since Rich Gannon? What Raider, other than Nnamdi, has done anything in Oakland? Are we really going to blame Russell for playing with garbage around him? Did his back-ups do that much better than him?

What about the coaching that Russell has played under?

Russell has never had any coaching. His offensive coordinators have been Greg Knapp and Ted Tollner. Not exactly the greatest passing minds there. Two offensive coordinators in three seasons? How is that even remotely fair to him? So a consistently fluctuating coaching staff and a horrendous supporting staff.

Of course, maybe he just sucks. Good thing he will be cheap.

I'm not saying that it would be a good signing. It could be a Maurice Clarett like blow-up. But the talent of Russell and the genius of Holmgren is, in my opinion, to powerful of a possible combination to pass up.

What do you think Brown fans? You in on Russell?