The temperatures were a little warmer in Cleveland on Sunday as the Browns took the practice field in Berea for Day 2 of training camp. The practice took place between 1:30 p.m. and 3:30 p.m. After signing his contract between practices on Saturday, first-round pick Joe Haden was able to participate in camp today. What else happened on the first day of August? 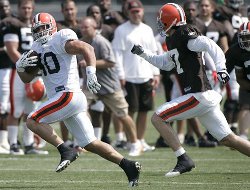 FB Peyton Hillis was busy showing off his hands and running after the catch. 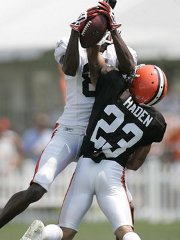 CB Joe Haden made his debut.