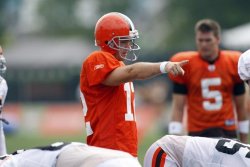 QB Colt McCoy directed the offense to a touchdown in the two-minute drill. 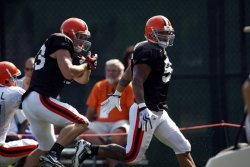 LB Jason Trusnik tipped and intercepted a pass by QB Brett Ratliff, returning it to the end zone for a touchdown.