Assuming that a tweet by Chris Littman of the Sporting News is accurate, then the picture to the right is what the cover of Madden 2012, featuring Cleveland Browns running back Peyton Hillis, will look like. I love seeing the cityscape of Cleveland in the background behind Hillis. Doesn't Hillis just look like a beast? Seeing his facemask front and center is great too. A more full-sized version of the cover is available after the jump.

A limited edition version, featuring running back Marshall Faulk, will also be available. There will only be 125,000 copies distributed of the Hall of Fame edition. Both versions are scheduled to hit stores on August 30th. We might not have NFL football by that time, but at least you'll be able to play your very own Browns-themed edition of Madden! 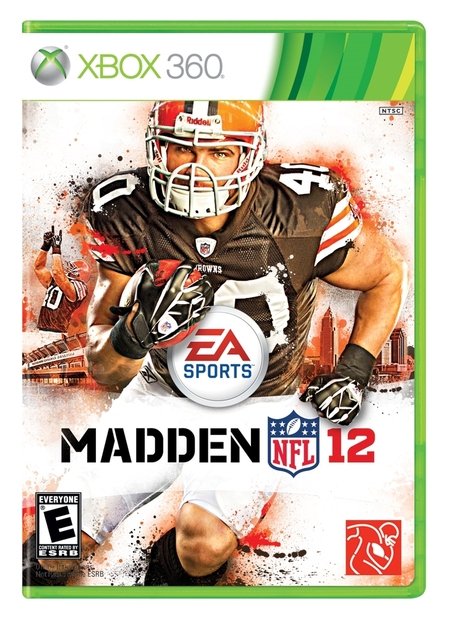