Even though Cleveland Browns training camp does not open to the public until Sunday morning, the players were officially on the practice field Saturday morning with the media in attendance, so camp is officially under way! A couple of injuries put a damper on things for Day 1, but there were still some other interesting nuggets to go over.

If you've never read our training camp recaps from the past, here is the deal with them: the notes in this report, along with most future reports, are a recap from various sources which will be linked to at the conclusion of the report. 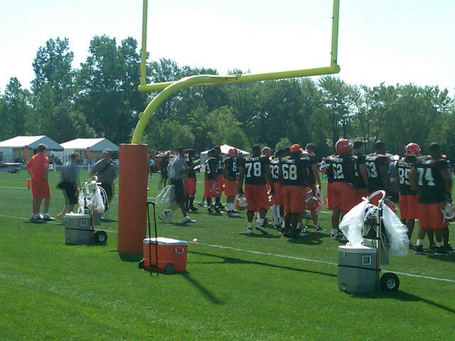 The Browns at the first day of training camp
(photo credit: Mary Kay Cabot on Twitter) 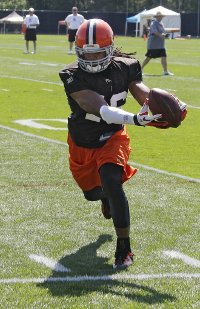 Does WR Joshua Cribbs look leaner than he did a year ago?
It certainly looks like it.