I was in attendance for Cleveland Browns training camp on the third day of action. It was my first time heading up to Berea to see training camp (I've only gone to the Family Fun Days at the stadium the past couple of years), so I admit that it was a bit difficult for me to know where to stand to get the best view of the action on the field. Nonetheless, today's edition contains some of the notes I took, as well as a collaboration from the rest of the local media. 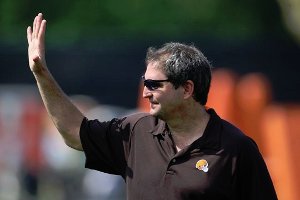 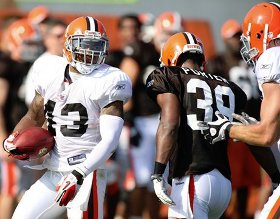