Kudos to rufio and Bernie19Kosar, who have just put out posts about what to expect from our offense this year and a reason why the team should hypothetically draft quarterback Terrelle Pryor. My computer still has not returned to life, and I've narrowed it down to either a fried motherboard or a processor gone bad. I have to decide whether to buy a replacement motherboard, or to use this time to purchase an entirely new machine. In the mean time, I'll try to keep up with posting as best as possible. Today's training camp report highlights a step forward for one of our wide receivers. 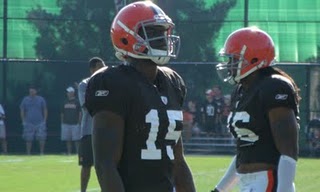 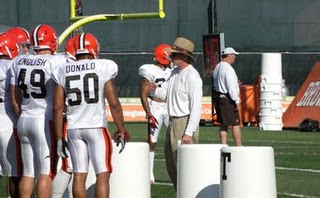