For the first time this season, I'm highlighting a defensive play in our Plays to Remember series. The Indianapolis Colts were facing a 3rd-and-3 mid-way through the fourth quarter. They had a 17-13 lead, and with time starting to run out for the Browns, the defense was in desperate need of a stop. They came through when CB Sheldon Brown got a sack, strip, and recovery at midfield. Let's take a look at the details.

Picture 1: The Colts line up in the Big/Offset I -- that is, one tight end next to each tackle, a running back and a fullback in the backfield, and WR Reggie Wayne as the lone wide receiver at the bottom of the screen. Cleveland answers with their 4-3 defense and a single-high safety. Before the snap, Wayne is going to motion a little closer to his tight end as Joe Haden shifts along with him. 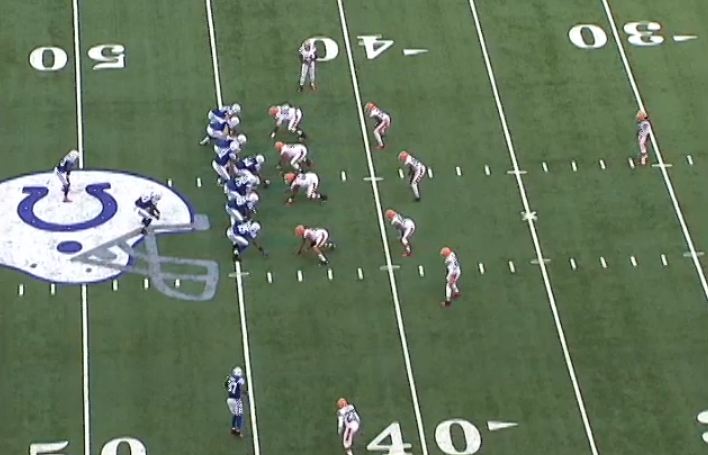 Picture 2: Right at the snap, CB Sheldon Brown blitzes off the edge. Kaluka Maiava is also getting ready to shoot through the line at this point, but he might be there to try to break up a potential run play. Haden is going to stay in the flat in zone coverage, while S T.J. Ward is going to pick up Wayne in coverage. 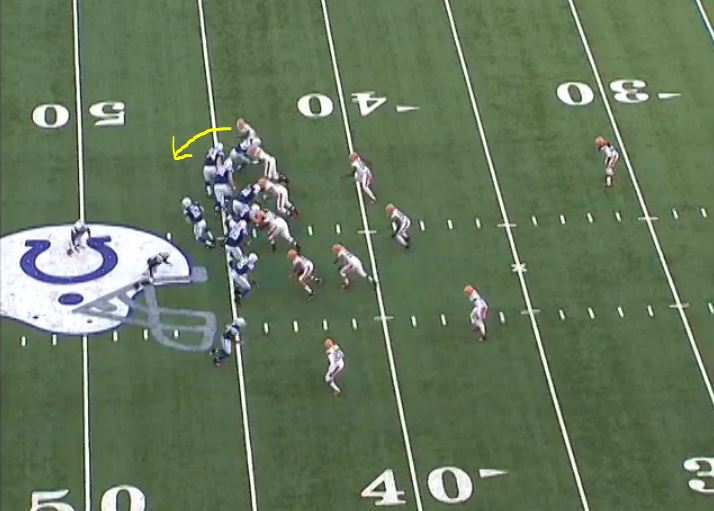 Picture 3: Usually, I would expect either the running back or the fullback to stay in as a blocking back. In this case, the Colts send both the running back and the fullback out into the flat (the yellow arrows). To give you a perspective of where the first down marker is, I drew a yellow line. Haden is in good position right now to stop a play in the flat. Sheldon Brown has blown by the Colts' left tackle, and Jabaal Sheard makes one move to get by the right tackle. Luck looks like he wants to throw it in the flat here since he's rolling that way. 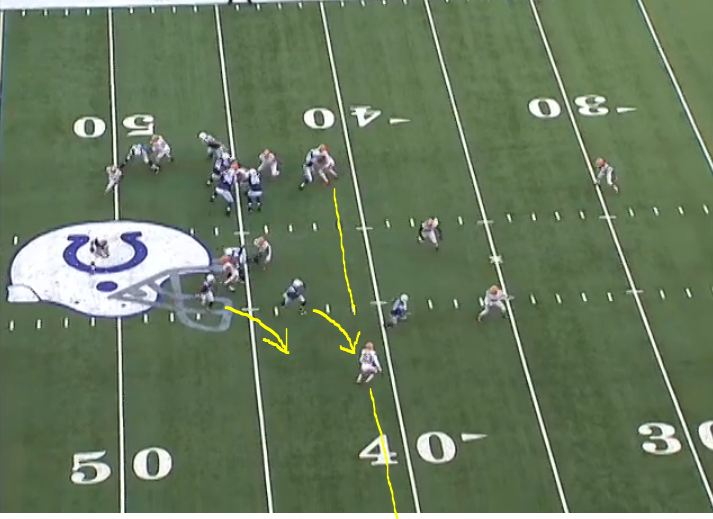 Picture 4: At this point, Jabaal Sheard takes a good angle to cut off Luck from rolling out any further. On top of that, I think Luck is hesitant that Sheard might tip a pass in the flat. Also, if he lofts a pass to the flat, the waiting Joe Haden could be ready to make an interception. Ideally, one of the two players in the circle should be running their route behind Haden to alleviate some of the congestion. 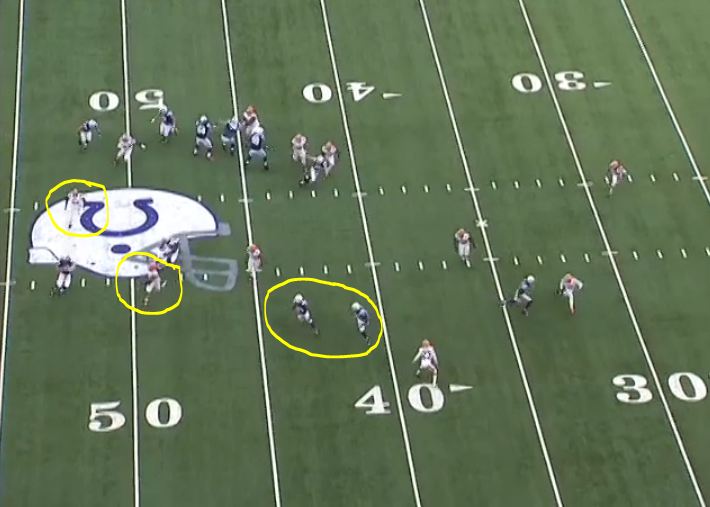 Picture 5: If Andrew Luck had any thought of throwing to Reggie Wayne deeper down the field, that went out of the window when he fell right here. Just as Luck starts to make a move on Jabaal Sheard, he unknowingly moves right into the charging Sheldon Brown. 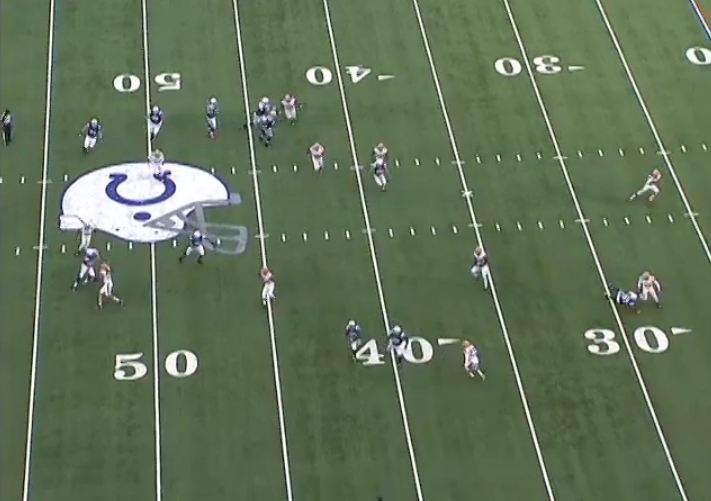 Picture 6: BANG! Sheldon Brown gets the sack, strip, and recovery, all in one play. 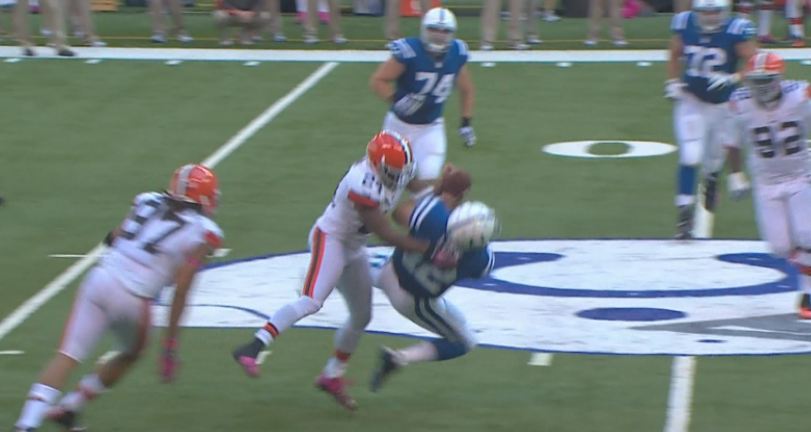 I didn't study the defense enough to see how often the Browns brought a blitz like this. My hunch is that they didn't do it enough. With Joe Haden in coverage, I think the Browns can really surprise teams by trying to bring a cornerback or a safety free off the edge. In a case like this, where two running backs ran to the same spot, blitzing Brown was the perfect call in this situation.