I promise, one of these weeks, I am going to try to highlight a defensive play. For the fourth week in a row, though, I feel compelled to look back at one of the team's highlight plays on offense. The play being highlighted is an 18-yard catch-and-run to RB Trent Richardson.

It was the first play on Cleveland's third offensive possession in the first quarter, with the score still tied at 0-0. It is also the first play after LB Craig Robertson intercepted Joe Flacco's pass in the end zone for a touchback, which also means that Joshua Cribbs had already been knocked out of the game. Let's take a look at how things unfolded in the screenshots below.

Picture 1: Let's talk about the personnel for the Browns first. Everyone is lined up tight. There are two wide receivers in the game -- Travis Benjamin at the top of the screen and Greg Little at the bottom of the screen. Tight end Benjamin Watson originally lined up on the line next to Benjamin, but Brandon Weeden already sent him in motion toward Little. Owen Marecic and Trent Richardson are lined up behind Weeden in the I-formation.

The Ravens have stacked the box here; there are eight defenders within five yards of the line of scrimmage. Ed Reed is one of the guys showing blitz near Benjamin, meaning there is only one safety up top. 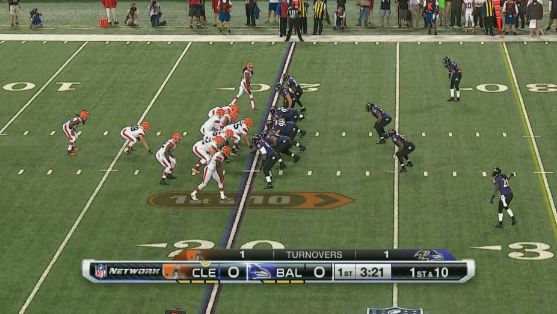 Picture 2: The big key for this play working is the block that Trent Richardson effectively takes the blitzing Ed Reed out of the play with a good cut block after Brandon Weeden's playaction fake. The Ravens only have three defensive backs in coverage against two of our wide receivers. The rest of the players on offense are doing a good job holding their blocks. Weeden rolls out to the right, and the blockers shift with him a little bit. It does not look like your typical screen pass. 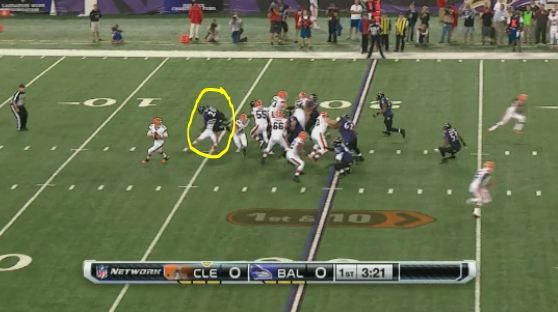 Picture 3: Instead of looking for his receivers, Brandon Weeden now looks back toward Trent Richardson, who is starting to get back up after the cut block he delivered at the 15-yard line. 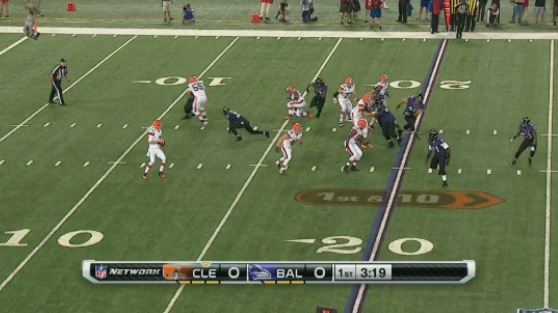 Picture 4: The pass has been delivered to Trent Richardson and the guards, Shawn Lauvao and Jason Pinkston, each instinctively know to get out in front as lead blockers. 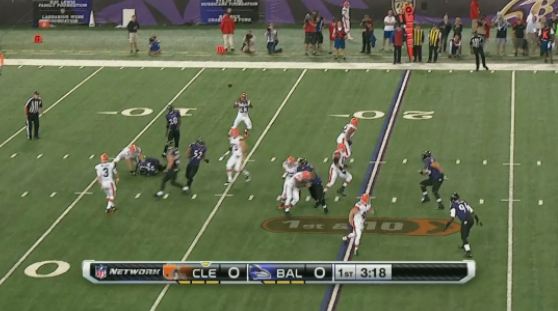 Picture 5: With all of the space in front of Trent Richardson, he doesn't wait for his two guards and decides to take off down the field. Wide receiver Greg Little ended up over here and is about to deliver a firm block to OLB Jameel McClain, helping spring Richardson for extra yardage. 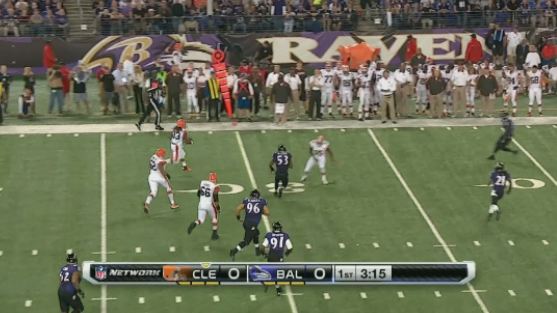 Picture 6: SS Bernard Pollard takes the first shot at tackling Trent Richardson, but he will have none of it and just shakes him off. The final line of defense is CB Ladarius Webb, and he does the wise thing -- knock Richardson out of bounds so he doesn't get blown up too. That finishes the 18-yard pickup for Richardson. 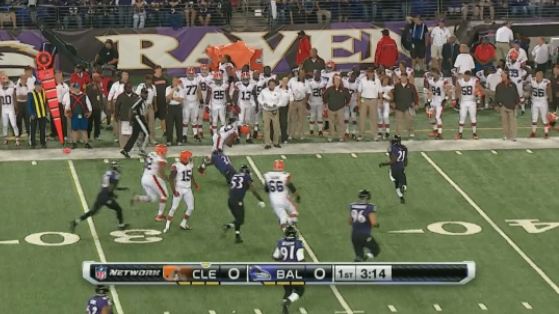 Picture 7: The interesting question here is this: should Brandon Weeden have made a different decision? In the yellow circle near midfield, you can see Greg Little running a crossing pattern. Granted, there's no guarantee that he is going to catch the pass, but he is wide open nonetheless. If Weeden hits Little, he'd already have 15 yards. Based on how far Bernard Pollard is (circled to the far right), Little almost certainly would have gained more than Richardson's 18 yards. 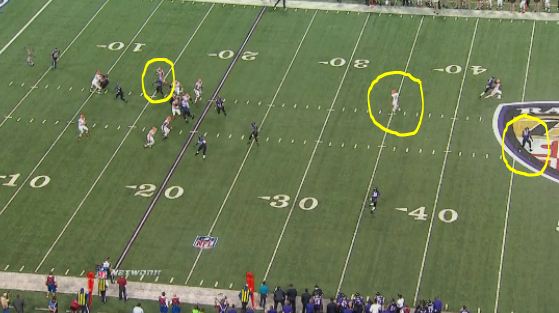 Picture 8: Let's take a look at one more screenshot. At this point, Trent Richardson already has the ball and is running up the field. Greg Little was praised on television for the block he made, but could he have made a better decision here? Little goes after McClain, but my guess is that Richardson would have been able to blow by him anyway. If Little blocks one of the other two guys instead, Richardson might only need to make one guy miss for this play to gain a lot more yardage, or even a touchdown. 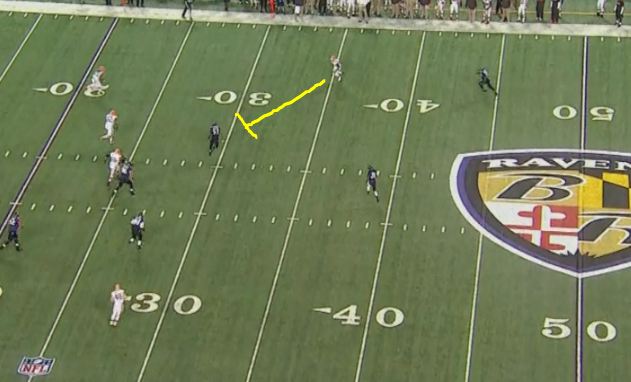 Are you fine with the decision that Weeden made? I am. Even though Little is open, my assumption is that the play was meant for Richardson. He was wide open with a lot of room to run, and we saw the damage he did in the open field against the Bengals a few weeks ago.