In SB Nation's Week 11 NFL Power Rankings, Joel Thorman kept the Cleveland Browns at No. 30 overall after their bye week. Here's what Joel said about the Browns this week:

30. Cleveland Browns (LW: 30, 2-7): They should be able to tack on a few wins with games the Raiders and Chiefs coming up in the second half of the season.

Here is how the rest of the AFC North fared in the rankings:

Since we're at the half-way point of the season, I went back to graph how SB Nation has ranked all of the AFC North teams from Weeks 1-11, which you can see in the image below. 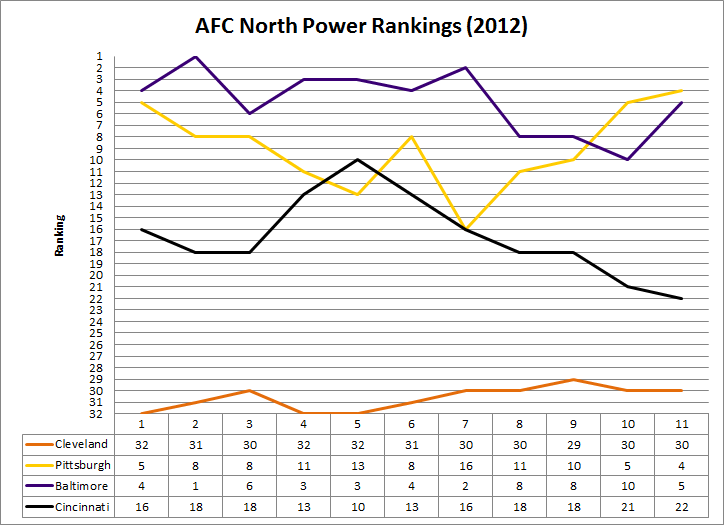