NFL Playoffs: A Look at the Cleveland Browns' Chances

Share All sharing options for: NFL Playoffs: A Look at the Cleveland Browns' Chances

In what has become a yearly tradition, no matter how ridiculous the odds are, it's time to take a look at the Cleveland Browns' chances at making the postseason heading into Week 13! If there was ever a year where the Browns could stun the world and capture a playoff berth, despite having a 3-8 record at this time, this would be it.

Here is a breakdown of how Cleveland could end up making the playoffs: 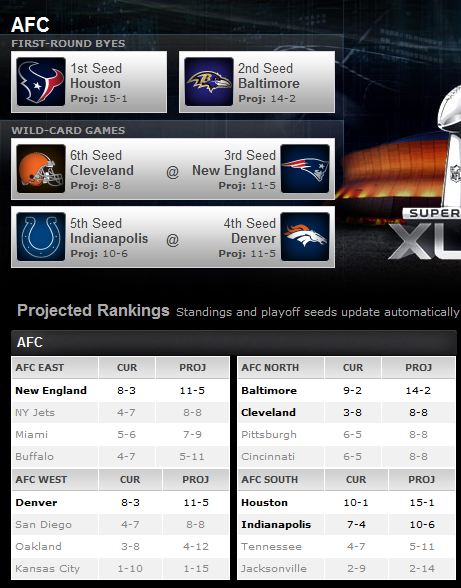 You can figure out your own scenario using ESPN's Playoff Machine tool.

As far as this week's games go, here is what we need to happen (underlined teams indicate teams we want to win):