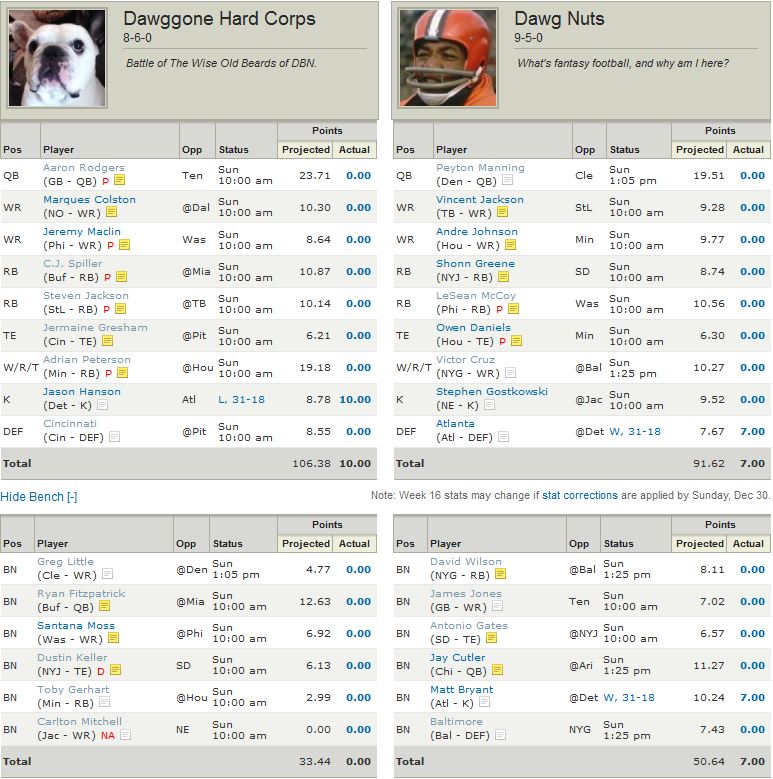 I'm almost tempted to say that DaveDawg09 deserves to win solely because he is carrying former Browns wide receiver Carlton Mitchell on his bench. Even though Peyton Manning has struggled against the Browns historically, both teams have quarterbacks who are poised for big games this week.

The edge at receiver seems to favor Dawg Nuts, although I would be a little concerned about Vincent Jackson's production given the Buccaneers' recent struggles; I might have gone with James Jones instead. At running back, there really aren't any lighting bolt performances for Dawg Nuts, and DaveDawg09 has a huge advantage with Adrian Peterson. The fact that C.J. Spiller can potentially go off in a flash is good too. I like Owen Daniels better at tight end for Dawg Nuts, but it's not a significant edge. I don't think either kicker or defense will make a big difference.

This should be a close one, but I think Adrian Peterson will make the difference for DaveDawg09 for the Championship. Let us know who you think will win.