Share All sharing options for: DBN Shoops: Issue #6 - Lie to Me 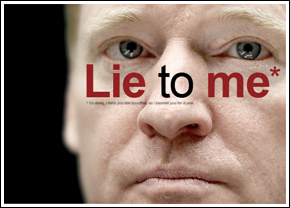 Welcome back to DBN Shoops! For those of you who are not familiar, here's a quick introduction to what it is and how it works: DBN Shoops is a photoshop / photo editing parody contest. Each issue we pick an NFL related photo and edit it for comedic purposes. Anyone in the community can enter by creating their own, uploading it, and posting it as a comment here. The one with the most recs will be the winner for that issue (note: your only prize is bragging rights and amusement). You can use whatever program you'd like, even MSpaint. Entries can be humorous or just awesome, but be sure to keep it all work safe. You can view the last issue by clicking here. (Congrats to SpecialBrownie, winner of Issue #5.)

Continuing the style from last week, rather than picking just one photo, we'll just parody an entire situation. If you haven't yet heard, NFL commissioner Roger Goodell laid the hammer down on the New Orleans Saints for the bounty program on Wednesday. Among the harshest penalties was Saints head coach Sean Payton being suspended from the league without pay for an entire year, which will cost Payton a reported $7.5 million, and probably the Saints a shot at the Super Bowl. Goodell also docked the Saints two second round draft picks and suspended Gregg Williams indefinitely. The penalties are believed to so severe because high-ranking officials in the organization repeatedly lied about the bounty program for several years.

Click the image below to view it in full size. As far as the actual editing process, this week was a lot more simple. I used this image as a source and the rest is merely text. Also, here's the reference. 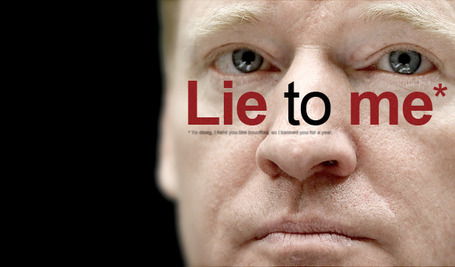 So DBN, what sort of shenanigans are involved with Bountygate and how does Goodell respond?