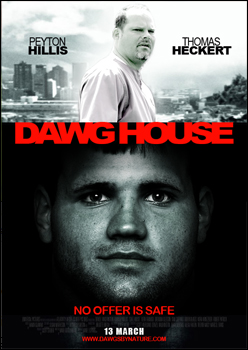 Welcome back to DBN Shoops! For those of you who are not familiar, here's a quick introduction to what it is and how it works: DBN Shoops is a photoshop / photo editing parody contest. Each issue we pick an NFL related photo and edit it for comedic purposes. Anyone in the community can enter by creating their own, uploading it, and posting it as a comment here. The one with the most recs will be the winner for that issue (note: your only prize is bragging rights and amusement). You can use whatever program you'd like, even MSpaint. Entries can be humorous or just awesome, but be sure to keep it all work safe. You can view the last issue by clicking here. (Congrats to Dawg Nuts, winner of Issue #4.)

In this issue things will work a little different than before. Rather than picking just one photo, we'll just parody the whole situation. I'm sure you all recall the report Hillis considered retiring from football to join the CIA, a rumor that was later refuted by Hillis and Shurmur. Today we're pretending it wasn't a blatantly false rumor started by a spurned former agent. What if Hillis really did join the CIA? What if a veteran NFL general manager is tasked with looking after his team’s contract negotiations with a running back whose secret life as a CIA agent proves to be a locker room distraction? Then you have... Dawg House. Coming March 13 to a theater near you!

Check out the full size movie poster after the jump. 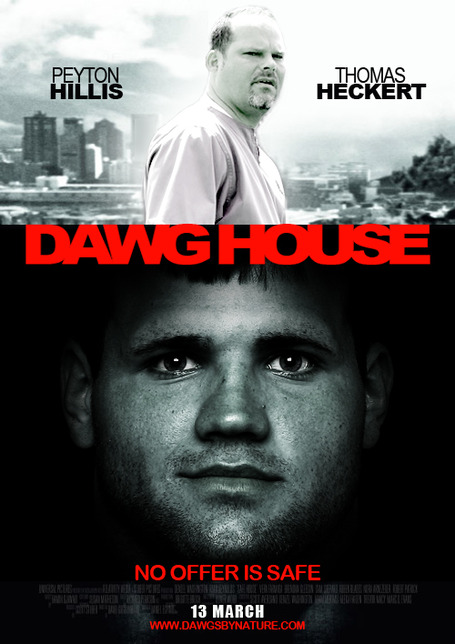 Previously I had gone into short detail about the steps I had taken in each issue's edit. This time around was a bit more lengthy of a process than before. That said, I offer the following as the source material for my idea behind the Dawg House edit.

So DBN, what's sort of funny business has our favorite running back been up to with the CIA?