Dawgs By Nature is holding a tournament throughout March (and a little bit of April) to determine the greatest Cleveland Browns ever. It'll continue to be madness. The winners of each round will be chosen by you. We're calling it the DBN All-Time Browns Bracket. 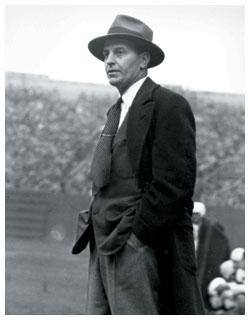 We had a poetic finish to a poetic final head-to-head between Jim Brown and Paul Brown. When the poll opened, Jim took a strong lead. After a few hours it had quickly tied up and remained close, 50-49 percent for pretty much the rest of the duration. It was back and forth. On a few occasions, Jim or Paul would take about a 10 vote lead but neither of them could run away with it. When the smoke settled and the poll officially closed at 9:00 pm on Monday, only one vote separated them. Paul had defeated Jim, 290-289.

Thanks to all the voters throughout nominations up to now. You guys helped make this tournament a smashing success. 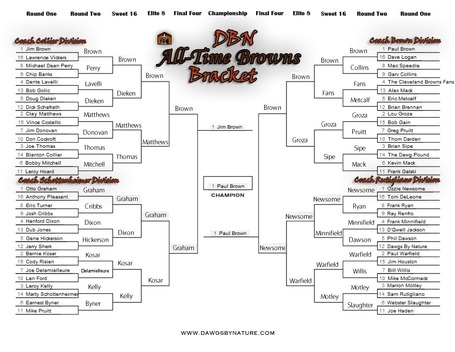