Torrential showers hit the Cleveland area Saturday morning, which surely led some fans to wonder if the team would move practice indoors. Gates were originally scheduled to open at 7:45 AM -- an hour before practice would begin -- but they were closed until the weather could be better evaluated.

The rain started to clear, so the gates opened at 8:30 AM as a reported 2,937 fans attended the first day of practice. That beats last year's opening number, which reportedly had 2,923 fans in attendance. The practice report for Day 2 of camp is after the jump. 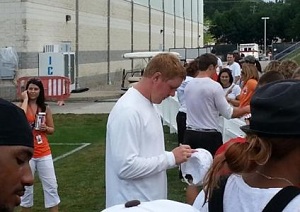 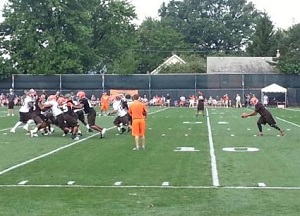