In the spirit of the Olympics, I made my way out to Berea on Sunday morning via a 10-mile bicycle ride. For the first full pads practice on a weekend, I expected there to be a similar number of fans in attendance as Saturday's opening session, which had just under 3,000 fans.

I entered through the gates at about 8:50 AM and was surprised that the staff did not have any more roster sheets left. Then, I looked around and instantly thought, "man, this looks well over 3,000 fans." Sure enough, it was -- according to the Browns PR, 4,200 fans attended practice, which is the highest total in the eight years that attendence has been tracked in Berea. They had to close the gate and there was a waiting line outside. Fans are definitely itching to get their first looks at rookies like quarterback Brandon Weeden, running back Trent Richardson, and wide receiver Josh Gordon. How did things go down in Day 3 of practice? 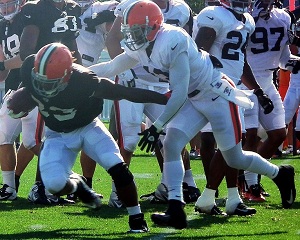 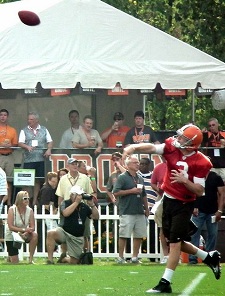 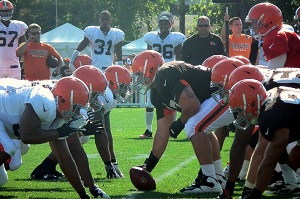 This is just an awesome picture at the line of scrimmage (photo credit: Erik Daniel, Flickr) 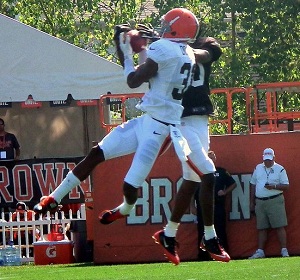