It was the first week of the preseason, so the game was practically meaningless. But I don't care, I'm a little excited anyway. Why? Because Brandon Weeden showed the capability to read a defense on the fly and to complete passes deep down the field.

We came out in a 3 WR set with 1 TE and RB Montario Hardesty in the backfield: 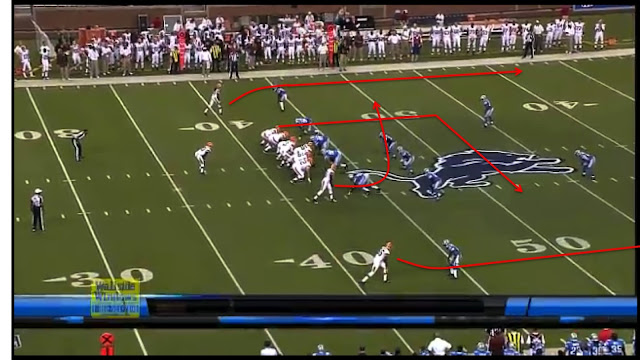 We had called a WCO staple: the shallow crossing route with a deep square crosser behind it. The idea is to get the square in route behind the shallow crosser and to put that LB highest toward the top of the screen in a bind: he can't cover both guys.

The outside receivers will run deep routes with an outside release to clear the CBs away from the shallow cross and to keep the safeties from coming down on that route combination. Hardesty will be in the protection and will probably check-release.

The playcall was a good one. The only problem is that on the snap, Detroit's secondary shifts and brings a safety down into the route combination while dropping the other to the deep middle third of the field: 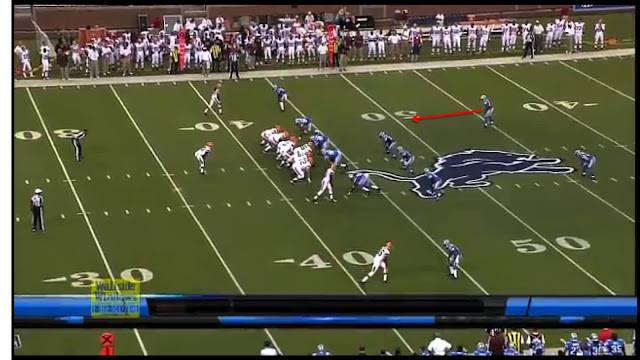 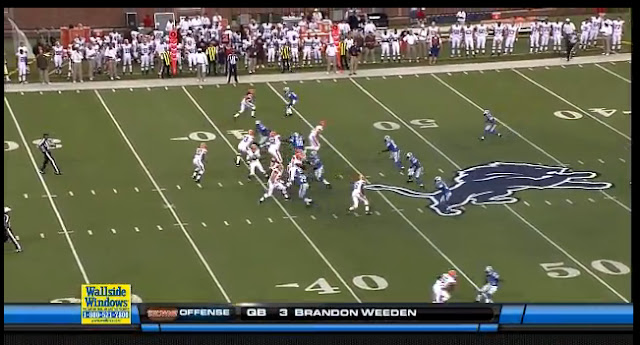 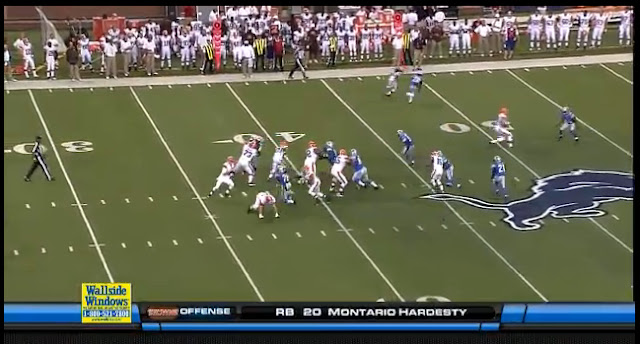 As Weeden drops back, you can see that there are four defenders in the area of the route combination. Detroit could effectively double-team both receivers there.

As Weeden is reading this play, he realizes that he has WR Travis Benjamin--possibly the fastest player on our team--singled up with a cornerback and no safety help over the top (because that safety dropped down on the snap). As the saying goes: "if he's even, he's leavin'." 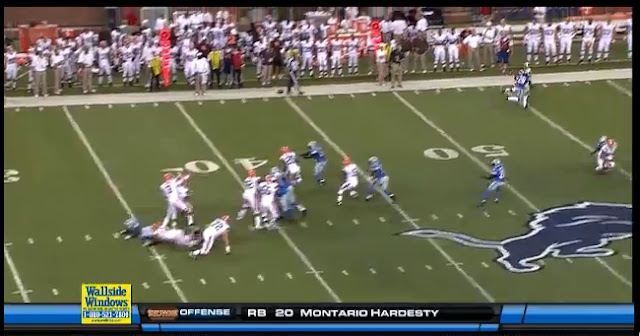 I'd like to note that in the image above Weeden has anything but a clean pocket. The Almighty Joe Thomas is allowing himself to be pushed back into Weeden (Joe works in mysterious ways), and there are two players at Weeden's feet. He is throwing this ball off his back foot. 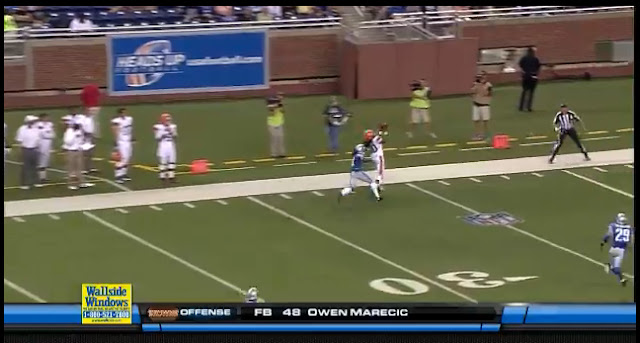 Regardless, he drops the ball in, ahead of the CB and into Benjamin's arms. Benjamin does have to slow up a little for this throw, but still easily makes the catch on his way out of bounds. A perfect throw would have been about a yard inside, allowing Benjamin a chance to catch and run, but you'd rather have a safe completion and a 30+ yard gain than an overthrow.

Again, Browns fans need to keep in mind that this is only the first week of the preseason, but if Weeden can continue to flash this sort of ability while developing any sort of consistency over the next few weeks it will be a very encouraging sign.