As I referred to in the initial post, our base defense was very simple. We didn't play a lot of different fronts, we didn't do a lot of really complex reading on-the-fly like our recent 3-4 defenses, we just lined up and had one way to deal with everything that was presented to us.

The one change we sometimes made to our base 4-3 over front was to walk a linebacker wide, up next to the DE.

I am not completely sure of the circumstances that we used to determine when to make this adjustment, but I believe it had something to do with our playcalls and that it was not a response to personnel or formation changes by the offense.

Walking the LB out puts him in better position to edge rush or to cover TEs or RBs out of the backfield with outside leverage. Of the few plays where we walked a LB out and I have coaches' film, we blitzed a few times and we played either Cover-1 or Cover-3 other times.

Here in our game vs the Tennessee Titans we used the walkout adjustment vs a shotgun formation and 11 personnel. You can see FS TJ Ward directing Fujita to walk out wide: 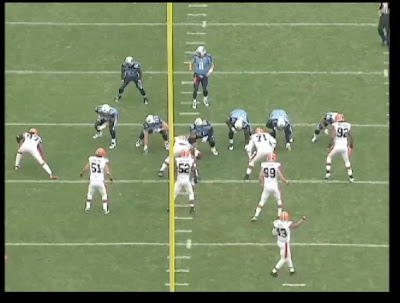 What you can't see is FS Mike Adams and CB Joe Haden off to the left over the slot receiver and the wide receiver, respectively. Sheldon Brown is off to the right over the single receiver to that side. 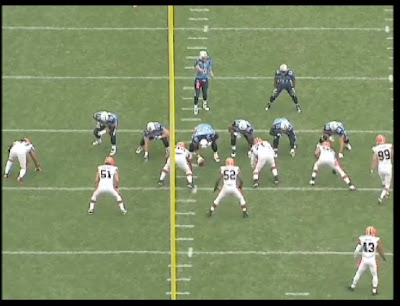 With Fujita wide, he is in better position to cover the RB out into the flat as a part of our Cover-3 zone. 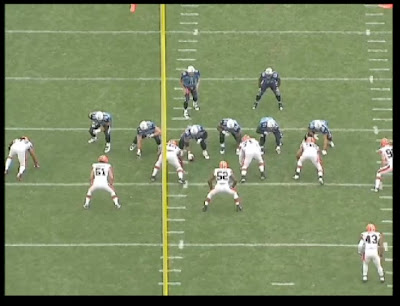 In our game against the Bengals, we used the walkout adjustment to get in position to run blitz as Cincinnati was trying to run out the clock: 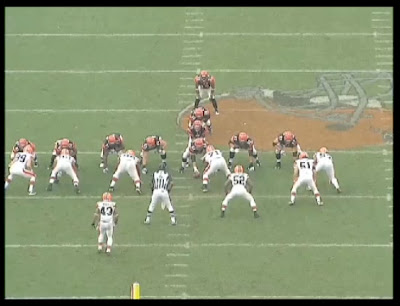 Here, both Chris Gocong and Scott Fujita are blitzing off the snap. The Bengals are running a pretty straightforward lead play. The playside tackle and guard are double-teaming Phil Taylor, while everyone else is being blocked one on one. In the images below, watch Taylor as the OT leaves the double-team to get up to block D'Qwell Jackson: he will throw his blocker to the ground and get in to make the hit. 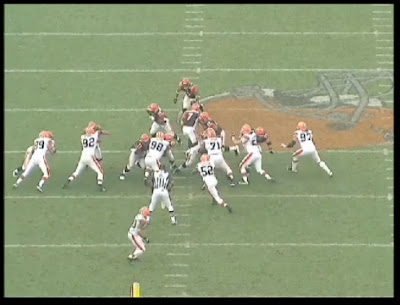 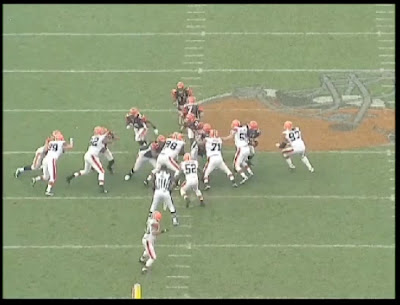 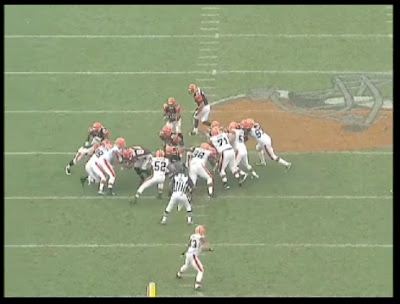 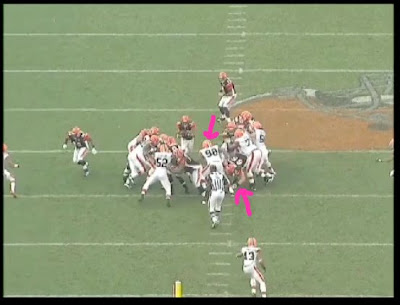 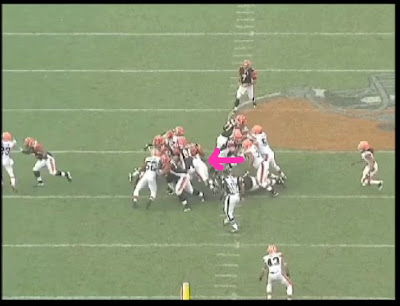 In the Oakland game we used the walkout adjustment in a situation that could have really hurt us. You'll see below that we are again in our 4-3 personnel but we are facing the 2 TE set that presents more blockers on the weak side than both Cincinnati's and Tennessee's. 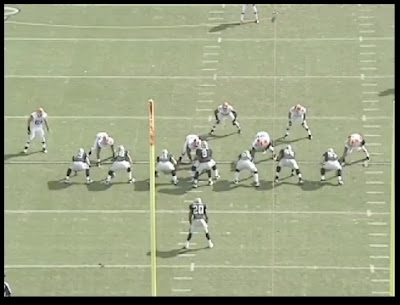 We are going to see zone-right to the strong side. As the play flows that way, Jackson has to flow with the back to stay in his strong side A gap. The problem as you can see developing below is the gaping hole on the weak side where our LB used to be: 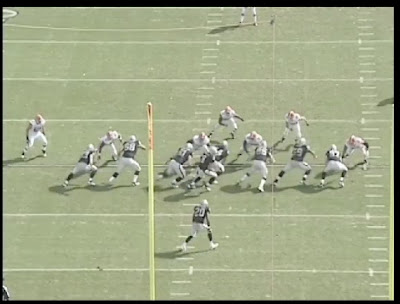 Similar to the Tennessee play, we have enough players in the box to defend this play (8 in the box vs. 7 boockers, 7 vs. 6 blockers vs. Tennessee). We just didn't have them in the right places here. 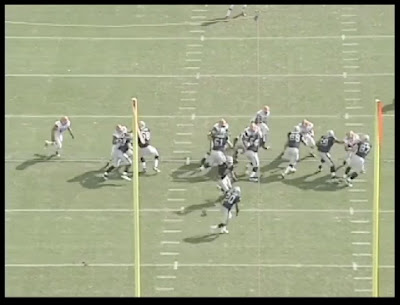 Luckily, Jabaal Sheard was able to throw his blocker to the ground. Unfortunately, that block is the key McFadden is reading to determine if he should cut back or not. As he cuts away from Sheard he looks for daylight and can find plenty of it. But because Sheard was able to defeat his blocker so easily he knifes into the backfield and gets enough of the speedy McFadden to stop him for only a 2 yard gain. 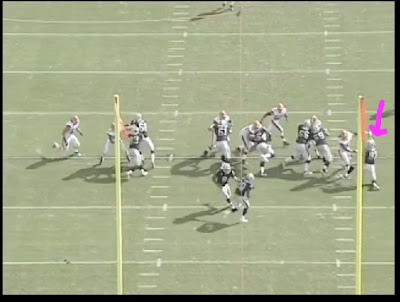 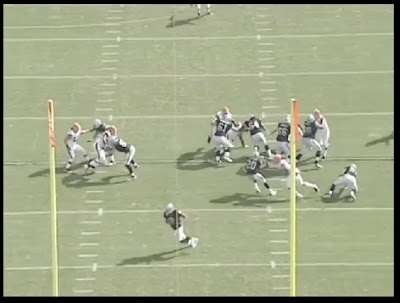 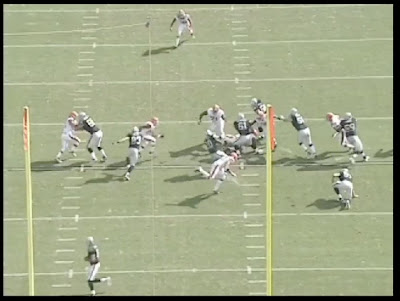 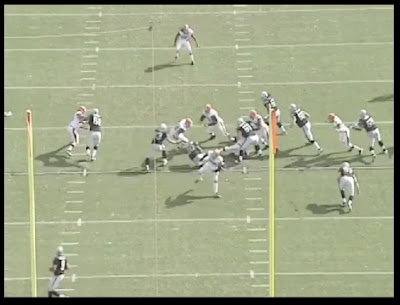 Without this outstanding play by Sheard, this play probably would have gone the distance.