Play to Remember: The Reverse to WR Travis Benjamin

Share All sharing options for: Play to Remember: The Reverse to WR Travis Benjamin

For the next six weeks, we will take a look back at one play to remember from the previous week's game. There were a lot of plays to choose from on the defensive side of the ball, but I decided to go with one of the few offensive highlights from the game: the reverse to WR Travis Benjamin at the beginning of the second quarter. It is a play that went for 35 yards, the longest gain of the day for Cleveland's offense. The participants in the play are after the jump. 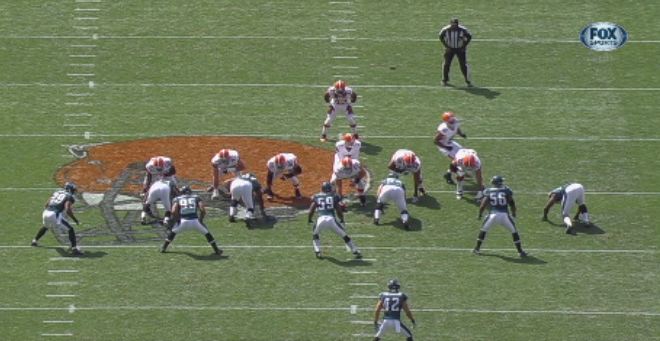 Picture 2: The play starts with a fake to Trent Richardson. You can see that Smith picks up a block immediately just to the left of Cribbs, who is coming into the picture from the right. After the fake to Richardson, Brandon Weeden hands the ball off to Joshua Cribbs (not shown). 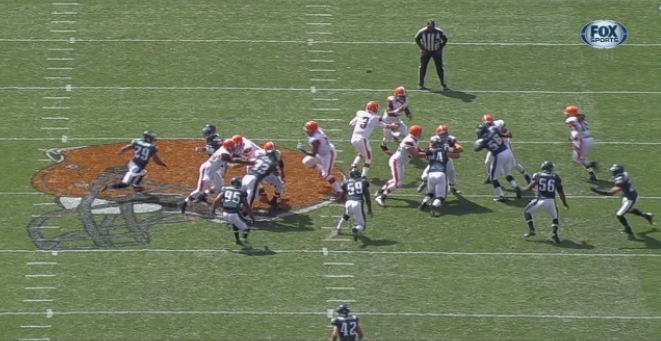 Picture 3: Cribbs takes a step or two and then pitches the ball back to Travis Benjamin. You can see that Alex Smith is starting to lose his man a little bit, but Benjamin is still able to get by him. 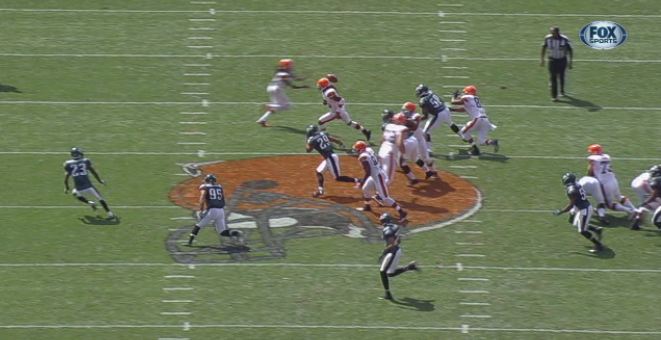 Picture 4: Benjamin is about to cross midfield, and this seems like a dream-like scenario. Joe Thomas has a guy blocked way out of the picture. Travis Benjamin has an entourage of blockers ahead of him. One of those guys is Brandon Weeden, so unfortunately he isn't of much help. He does have Alex Mack, though. You can see Trent Richardson is front of Benjamin, and I'm not really sure why he did what he did on this play. Instead of going upfield as a blocker, Richardson actually runs the opposite direction of Benjamin for several yards. 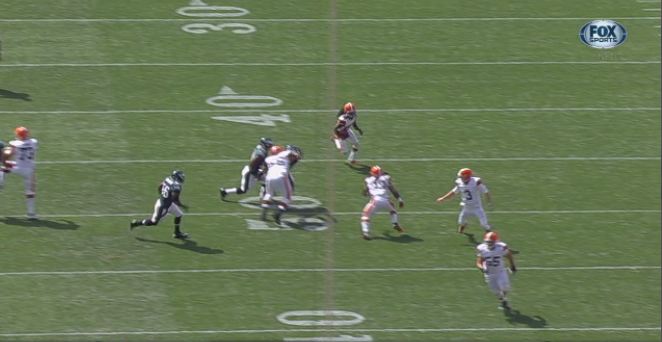 Picture 5: Benjamin has the speed to outrun anyone chasing him from behind. Brandon Weeden doesn't get a block (just a little hand tap), but he really wasn't expected to. Alex Mack is getting the job done...but wait! Who is this other guy running perpendicular to Benjamin? 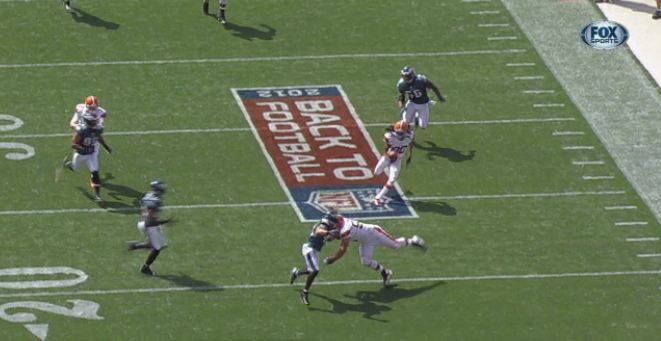 Picture 6: Bang. It's Nnamdi Asomugha, who began the play covering Joshua Cribbs and makes the touchdown-saving tackle. Benjamin still picked up 35 yards on the play. 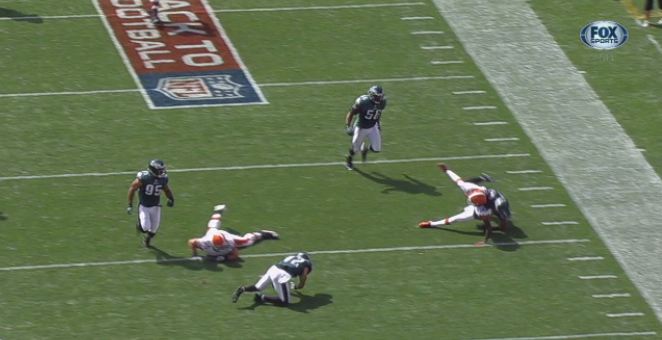 Picture 7: Let's track Asomugha a bit. The lone player near the 40-yard line to the right of the picture is Asomugha, as he was still eyeing Cribbs from a distance. At this point, Travis Benjamin just got the ball (see the far left of the picture). 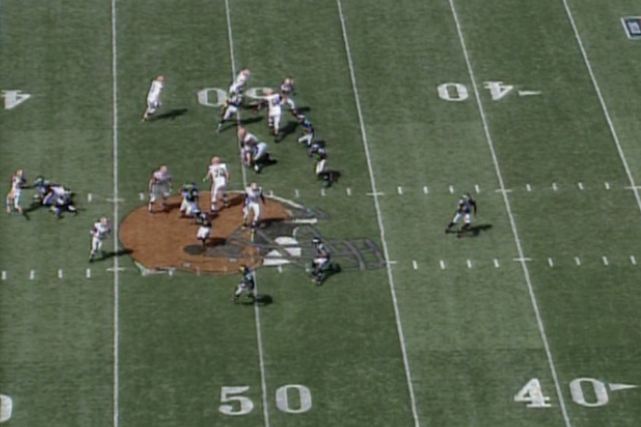 Picture 8: This is the point where the TV viewers think Benjamin could go all the way. Asomugha, again, is the defender on the far right of the screen, in position as the last line of defense. It's hard for Benjamin to recognize him at this point, since Benjamin is still heading toward the sideline. Where is Trent Richardson in this picture? He is actually to the left of the 50-yard line, beyond the photograph. Was he not supposed to be a lead blocker on the play? If he runs with Benjamin down the field, and he very well could have without affecting the play, maybe he gets a block on Asomugha to spring him for a touchdown. 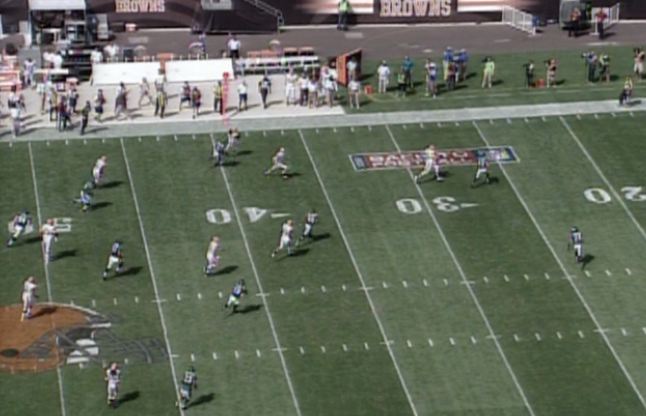 This certainly wasn't a "rufio"-like breakdown, but maybe it will paint a picture of what happened on the play for those who did not catch it. And, at least we're not a mess like the Raiders. Here's how this type of play turned out for them against the Chargers on Monday Night: