The Cleveland Browns have hired Rob Chudzinski as their new head coach.

UPDATE (11:08 PM): Peter Schrager of FOXSports.com is reporting that the Browns could be bringing in Norv Turner as their offensive coordinator, and switching back to the 3-4 defense.

Here's what I know on CLE situation-- Chud is HC, Norv is coming with him, Norv's son Scott Turner is too...D will move to a 3-4 scheme.

I'd be on board with Turner, but I'd be pretty unsettled, at least initially, by going away from the 4-3, given the personnel we've been building up front.

UPDATE (11:13 PM): According to Nate Ulrich of the Akron Beacon Journal, the Browns will introduce Chudzinski in a press conference Friday morning:

MORE: Chud Has $48.9 Million to Spend in Cap Space With Browns | DE for Browns in Draft? 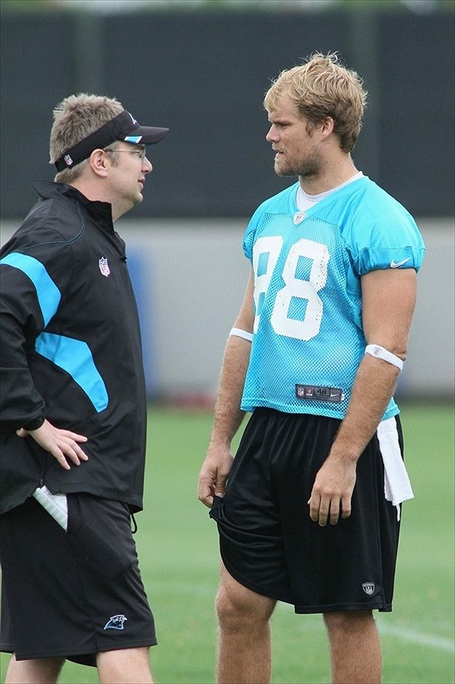 Rob Chudzinski worked well with TE Greg Olsen in Carolina, and is a former tight ends coach. Could Jordan Cameron be in for a big play-time increase? Jeremy Brevard-USA TODAY Sports

This has been a pretty crazy head coaching search for the Browns. None of the big names, like Bill Cowher or Jon Gruden, were interested in returning to coaching this year. Jimmy Haslam and Joe Banner reportedly made a hard push toward two coaches in the college ranks -- Doug Marrone and Chip Kelly -- but didn't end up with either of them. In recent days, Ken Whisenhunt, Mike Zimmer, and Chudzinski became the latest set of candidates. Chudzinski ultimately emerged as the victor.

Browns fans should be very familiar with Chudzinski. After being the offensive coordinator for the University of Miami for three years, he joined the Browns' staff in 2004 as the team's tight ends coach. From 2005-2006, he held the same position, but with the San Diego Chargers. In 2007, he re-joined the Browns as the team's offensive coordinator under head coach Romeo Crennel. He had a lot of success in his first year with the likes of Derek Anderson, Braylon Edwards, Joe Jurevicius, and Kellen Winslow. The current Browns are very much different than that team; on offense, only Joe Thomas (and possibly Josh Cribbs still remain).

Chudzinski was with the team in 2008, but after Crennel was fired, Eric Mangini brought in Brian Daboll to replace him. Chudzinski went back to the Chargers for a couple of seasons before working with Cameron Newton as the Panthers' offensive coordinator over the past two seasons.

In four years as an offensive coordinator in the NFL, here is how Chudzinski's offenses have ranked in yards and points per game:

Also, here is a scary thought to consider:

What do you think about Chudzinski being the successor to Pat Shurmur? Let us know in the comments section below! The Browns' press release announcing the hiring of Chudzinski can be found here.

ATTENTION! We will have an open thread for Chudzinski's press conference Friday morning, so please feel free to join Dawgs By Nature for all of the latest updates!