As part of the naming rights agreement, FirstEnergy becomes the official energy partner of the Cleveland Browns. In addition, the partnership consists of both interior and exterior stadium signage, use of Browns trademarks, event sponsorships, as well as a full complement of media assets, including TV, radio, print and digital. As a component of this deal, a FirstEnergy Stadium web site will be launched in the near future. As active members of the Northeast Ohio community, both entities will also jointly participate in philanthropic endeavors throughout the region.

Here is the logo of FirstEnergy Stadium, and other photos from the announcement: 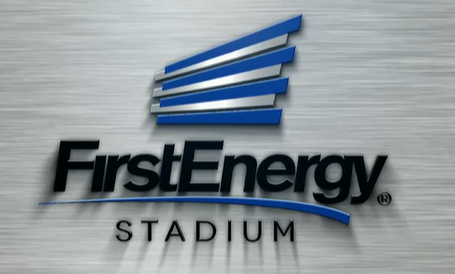 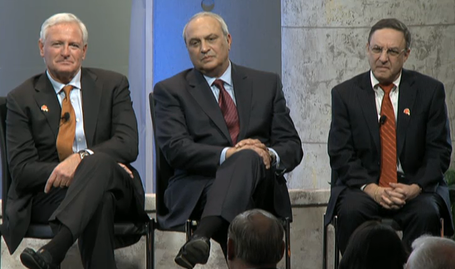 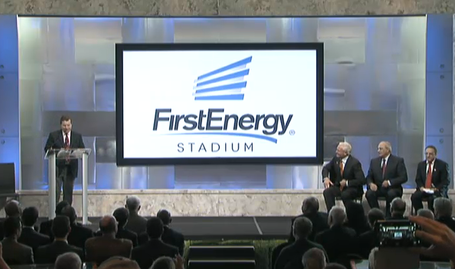 After the announcement, local reporters met with Jimmy Haslam and Joe Banner. Here are some little nuggets to make note of:

Jimmy Haslam said three or four architects will be here in the coming weeks to look at stadium and suggest possible renovations.

As most of you have heard by now, Jimmy Haslam is selling the naming rights to Cleveland Browns Stadium to First Energy, according to reports. This would be the first time that naming rights to the stadium have been sold, but it really can only be beneficial when you weigh the pros and cons of it, as many of you have already discussed in today's Daily Dawg Chow.

The Browns will be holding a press conference at 2:00 PM EST to make the announcement. Use this as your open thread to discuss the news, including the possible revelation as to what the stadium/field will be called from here on out.