The Michael Lombardi Saga Continues On For the Cleveland Browns

Share All sharing options for: The Michael Lombardi Saga Continues On For the Cleveland Browns 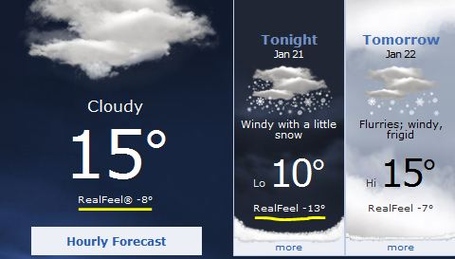 I think it's safe to say that a lot of Cleveland Browns fans weren't too happy with what has transpired over the past week, with Michael Lombardi being named the team's Vice President of Player Personnel, and then watching the Baltimore Ravens advance to the Super Bowl behind Ray Lewis.

Who knows, maybe hell is trying to freeze over, given how cold it is supposed to feel in Cleveland right about now. For now, Lombardi remains a hot topic among Browns fans. Our first thread about him went over 1,800 comments. Our second thread about him is already near 900 comments. We're going to get to a point where we're beating a dead horse when talking about the guy (if we're not there already), but we'll milk this just a little bit longer.

Lombardi's name hasn't stayed out of the papers since our last post. Here is what Peter King had to say about Lombardi, and how he might have gone to New England if the timing was a little bit different:

I think it's moot now that Mike Lombardi has returned to Cleveland as vice president of player personnel, but with the Mike Reiss report on ESPNBoston that Floyd Reese won't return to the Patriots as personnel executive in 2013, I'll believe that could well have been Lombardi's job if he hadn't found an exit from NFL Network to Cleveland.

If you thought that Jim Nantz was done talking about Lombardi after his rant on 92.3 The Fan, think again. The Akron Beacon Journal reached out to Nantz, and he responded quickly to the interview request and even had his partner Phil Simms contact the Akron Beacon Journal to follow up with more support for Lombardi shortly thereafter. Maybe I didn't get the memo -- is Nantz set to replace Neal Gulkis as the team's Vice President of Media Relations? Nantz did claim that he had no problems with Tony Grossi, despite (without naming names) bashing him in a previous interview:

Nantz did not name names on The Fan, although his pointed comments were clearly directed at Grossi. When I brought Grossi up, Nantz said he respects the former PD beat writer, has "no ax to grind" with him and asked for his cell phone number so he could speak with him this week.

Yep. It's weird that Nantz is going to make my 2013 Year in Review come December, but he's certainly left an impression. Feel free to continue discussing the implications of Lombardi coming to Cleveland, or share any other articles you have found about why he is/isn't a good fit for Cleveland.