Super Bowl 2013: A Look at Cleveland Connections in the Super Bowl, and Browns' Roster Makeup

Share All sharing options for: Super Bowl 2013: A Look at Cleveland Connections in the Super Bowl, and Browns' Roster Makeup

With the number of one- or two-year rental players that bounce around the league from year-to-year, you would think that someone on the Baltimore Ravens or San Francisco 49ers would be a former member of the Cleveland Browns. Unfortunately, scanning both teams' rosters, including the practice squads and injured reserves, a former member of the Browns is not to be found.

There are a couple of other connections related to Cleveland that you could make, though. The 49ers have two players who grew up in Cleveland and both went to Glenville High School at the same time -- safety Donte Whitner and receiver Ted Ginn Jr..

Besides former connections, NFL.com has a piece out on how the Baltimore Ravens' roster was constructed. Although the Browns' list below will probably be largely irrelevant next season with a new coaching staff coming in, you can still take a look at how much roster turnover Tom Heckert and company installed on this team over the past three years, compared to a team with long-standing players like the Ravens: 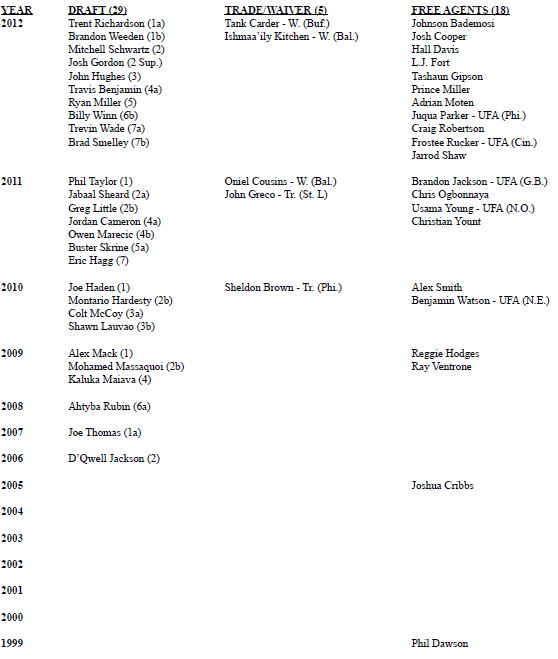