The Browns are now atop the AFC North after defeating the Bills 37-24 in prime time.

That was a wild game.

The Cleveland Browns entered this game with Brian Hoyer as their starting quarterback, having won two straight games. They left the game with Brandon Weeden as the man back under center, along with a 37-24 victory.

Hoyer suffered a knee injury early in the first quarter, forcing Weeden, who had not played since Week 2 due to a sprained thumb, back into action. He look dazed in the pocket for a lot of his early snaps, but eventually pulled it together and did enough to help lead Cleveland to a win.

The quarterback situation for Cleveland wasn't the only wild thing that happened in the game. The Bills lost their quarterback, E.J. Manuel, in the second half, and the Browns' defense feasted on undrafted free agent Jeff Tuel. Quarterback injuries aside, though, the game was filled with so many momentum shifts that it had to remind you of the Packers-Bengals game a couple of weeks ago.

The Browns now improve to 3-2 and are atop the AFC North. The fear is that Hoyer may have torn something in his knee; he'll be getting an MRI. It looks like this is Weeden's team again. Desmond Bryant also left the game with shortness of breath. 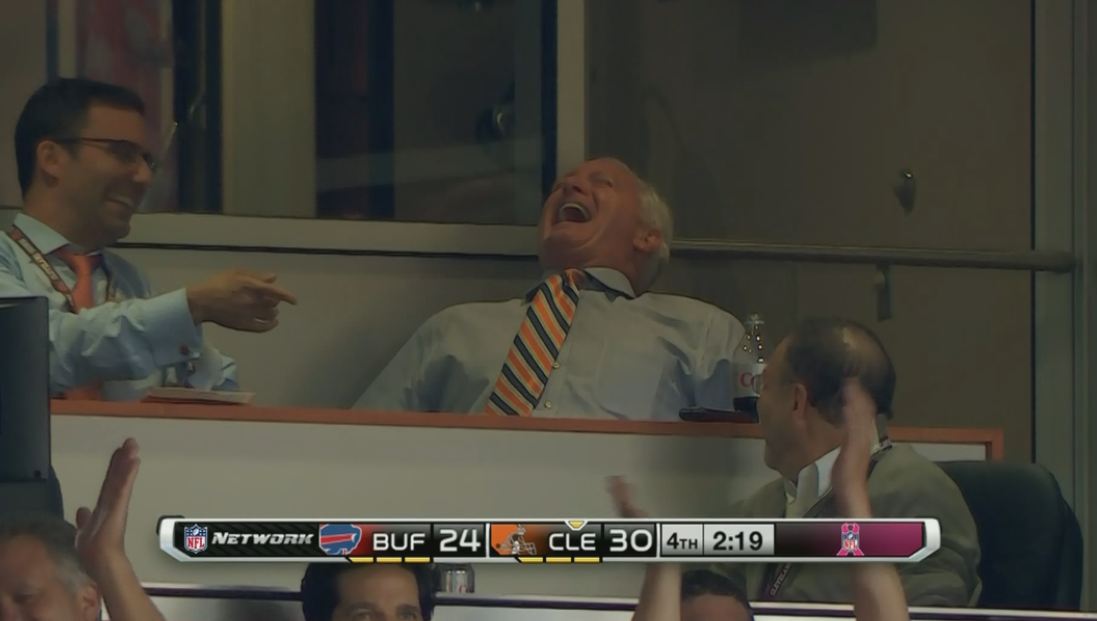