Who gets to watch the Browns vs. Bengals game on television this week?

The map below lists the games that will air on CBS at the 1:00 PM EST time slot (coming from 506sports) this Sunday. Since this is round two of the Battle of Ohio, the entire state (except for a small corner) will get to see the game! Sadly, not many other states do, despite the fact that this game basically determines first place in the AFC North. Determine based on the map below whether you will get to see the Browns vs. Bengals game this week. 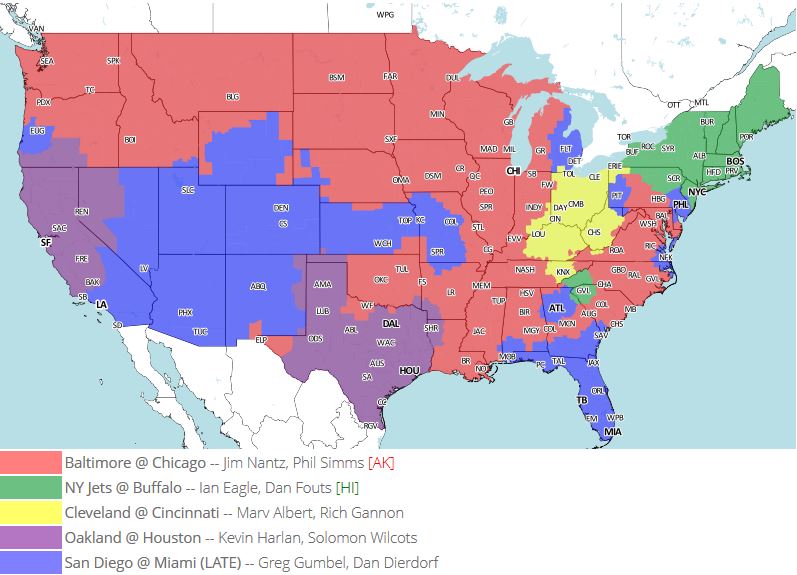 The Browns game will be commentated by Marv Albert and Rich Gannon. If you live in the Cleveland area, these are the games you will be able to watch on Sunday: