Week 11 NFL Games That Matter to the Cleveland Browns

Share All sharing options for: Week 11 NFL Games That Matter to the Cleveland Browns

Obviously, we want the Browns to beat the Bengals too; the guide above is meant for other games that matter. To summarize, the underlined teams below coming away with wins would be most ideal for Cleveland:

Starting in Week 12, we can begin using ESPN's Playoff Scenario tool, which is always a lot of fun. 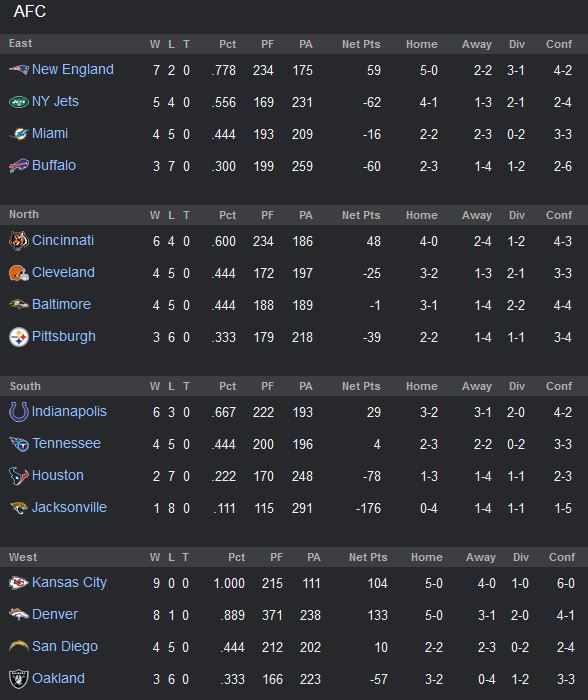