Who gets to watch the Steelers vs. Browns game on television this week?

The map below lists the games that will air on CBS at the 1:00 PM EST time slot (coming from 506sports) this Sunday. This will be the first encounter between Pittsburgh and Cleveland this season, and almost all of Ohio, Pennsylvania, and West Virginia will get to see the game. Determine based on the map below whether you will get to see the Steelers vs. Browns game this week. 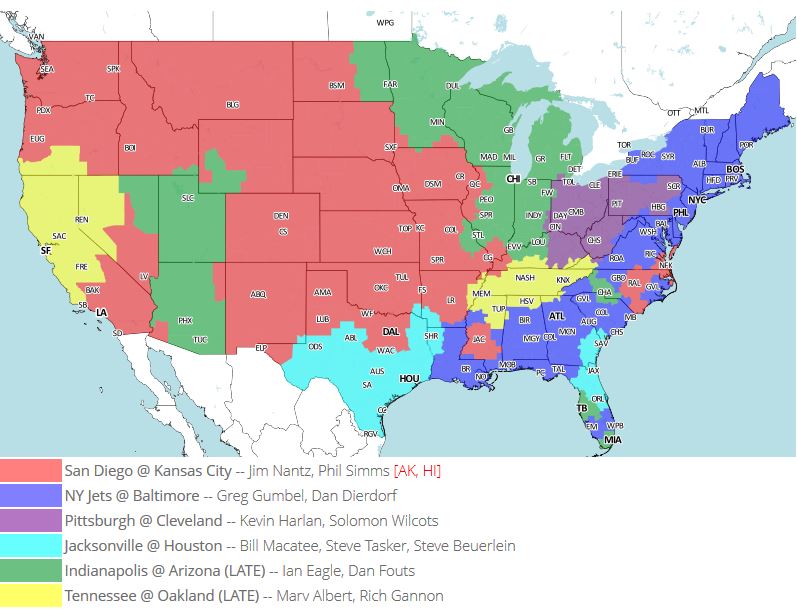 The Browns game will be commentated by Kevin Harlan and Solomon Wilcots. If you live in the Cleveland area, these are the games you will be able to watch on Sunday:

The Thursday night game features the New Orleans Saints battling the Atlanta Falcons. Also, in a related note, CBS commentator Dan Dierdorf announced today that he will retire at the conclusion of the NFL season.