Who gets to watch the Bears vs. Browns game on television this week?

The map below lists the games that will air on FOX at the 1:00 PM EST time slot (coming from 506sports) this Sunday. The entire state of Ohio will get to see the game this week, which is possible because the Bengals play the Steelers on Sunday Night Football, so there isn't any scheduling interference. A lot of bordering states will also get to watch the Browns. Determine based on the map below whether you will get to see the Bears vs. Browns game this week. 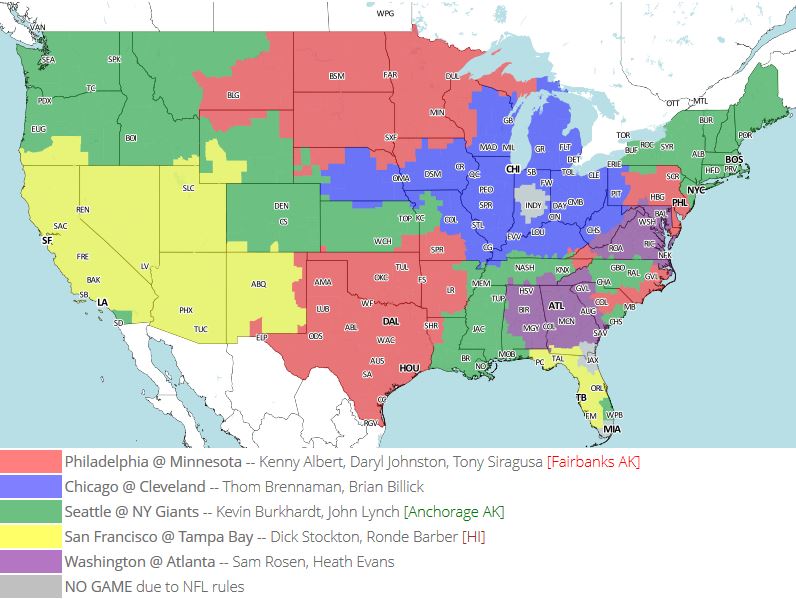 The Browns game will be commentated by Thom Brennaman and Brian Billick, which will at least be better than that awful Z-crew FOX game us when we faced the Detroit Lions. If you live in the Cleveland area, these are the games you will be able to watch on Sunday:

The Thursday night game will see the San Diego Chargers square off against the Denver Broncos.