Over the next two weeks, I will be reviewing most of the players on the Cleveland Browns who are unrestricted free agent, as well as some of the restricted free agents. There will be a common format for each one -- brief overviews on how and when the player came to the team, what their production was like, why we could be interested in re-signing them, what we should do, and finally, an open poll for the DBN community. Today, we start with running back Brandon Jackson. 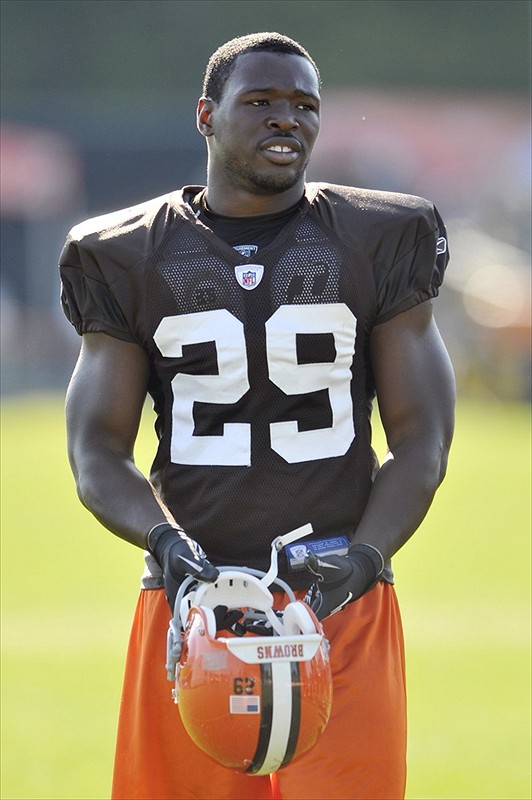 How and When He Joined the Browns: The Green Bay Packers took Jackson in the second round of the 2007 draft. He spent his first three years in mostly a backup role, but in 2010, he became the started and posted career highs in rushing and receiving yards.

In the playoffs, though, Jackson drew the short straw to rookie running back James Starks, who came out of no where to start and help lead the Packers to a Super Bowl win. With Jackson's initial rookie contract up, the Browns signed him to a two-year, $4.5 million deal after the lockout ended in July 2011.

Productivity Level Last Season: After missing all of 2011 with a toe injury, Jackson appeared to emerge from training camp last season as the team's third-down back. He fulfilled that role in Week 1 against the Philadelphia Eagles, when he caught 2 passes for 20 yards.

Stunningly, Jackson was inactive for the next 14 games, differing the third-down role to Chris Ogbonnaya. Finally, once Trent Richardson was too hurt to suit up in Week 17 against the Pittsburgh Steelers, Jackson was active again. He looked quite explosive in carrying the ball 8 times for 54 yards, including a 25-yard run. The sample size was limited, but it was the type of game that made it even more of a head-scratcher: why was Jackson on the bench all year?

Why Keeping Him Could Make Sense: Jackson's been in the league too long to where it's pretty clear that he is not going to suddenly burst out as an elite running back. What we do know is that he is a running back who excels as a receiver and a blocker, which is why the third-down role would have fit him beautifully. For all intents and purposes, he has been staying in shape for the past two years without having the normal wear-and-tear of an NFL running back, so you can make a case that he still has a good shelf life left on him.

What the Browns Should Do: I'm always a big fan of having someone with Jackson's skill set (receiving and blocking) as your third-down back. There are a fair amount of names in the league that also can fulfill that type of role, with the added incentive that they actually have a lot more film on them from the past two years.

If Jackson signed for the veteran minimum, I wouldn't mind seeing him retained, provided that the team committed to him as the third-down back. I really don't see it happening, though. If anything, I think the chances of Norv Turner bringing Ronnie Brown over from San Diego (similar catch/blocking skills with 49 catches for 371 yards receiving last year) are better than the chances that Jackson re-signs with Cleveland. Side note: neither Jackson nor Brown are listed in PFF's top ten free agent running backs list.

Now it's your turn -- vote in the poll below on whether or not the team should try to re-sign Brandon Jackson!