The Cleveland Browns have hired the firm Westlake Reed Leskosky to renovate the team's Training and Administrative Complex in Berea, Ohio. According to a release on the firm's Facebook page, the project is focused on "allowing the club to bring as many employees as possible to one location, facilitating communication and collaboration in a first-class facility."

Stan Bullard of Crain's Cleveland Business had a few more details on the project after reaching out to Browns' vice president of media relations, Neal Gulkis. In summary, Gulkis indicated that besides some of the ticketing operations, most of the staff who previously worked at FirstEnergy Stadium would be moving to Berea. They will be housed in temporary or modular offices at the facility until construction is completed near the middle of July.

Based on the articles, it sounds like the focus will be on improving the administration aspects of the facility. I wonder if any of the construction will involve the fan experience at training camp, though? In my two years at training camp, I've enjoyed the experience overall, but there is a lot that can be done to take things to the next level. 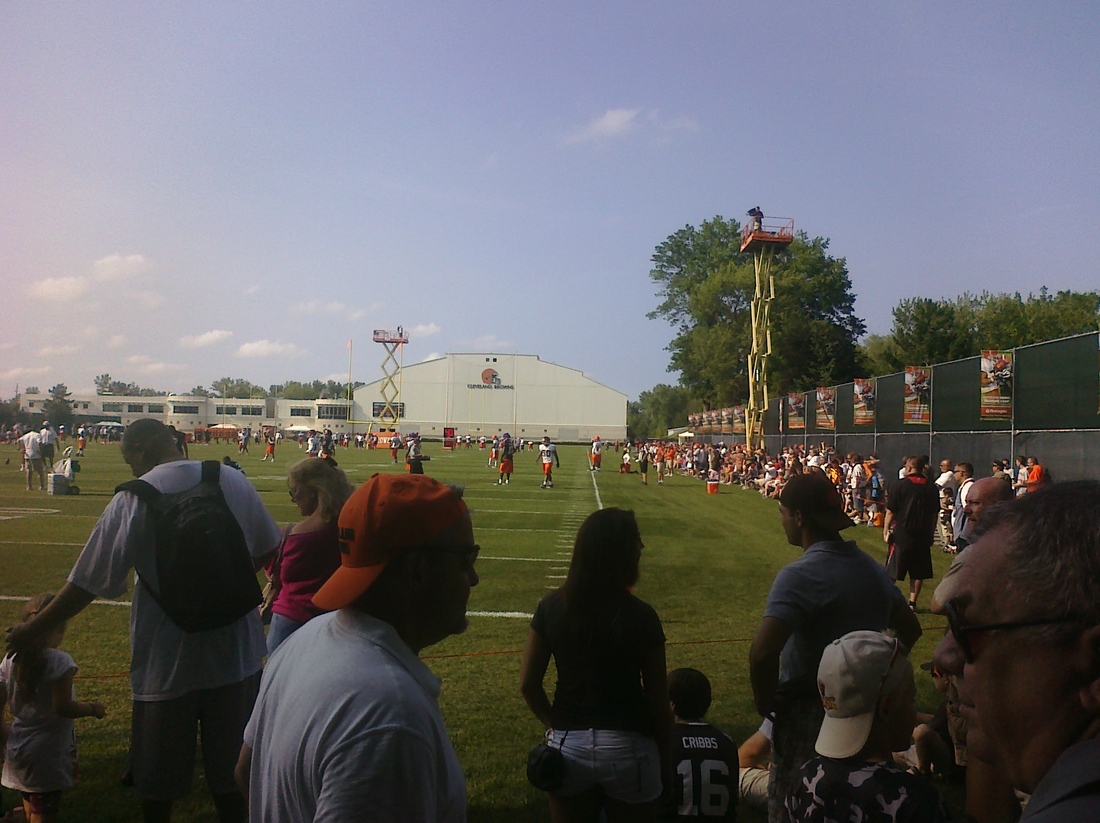 This was from training camp in 2011 on a day where it was a "light" crowd. On a crowded day, it takes several minutes to walk through the crowd on the right of this picture, and good luck if the action moves to a different field. There are no high bleachers to provide a better perspective of all the action.

Four football fields take up the majority of the outside area, and fans are only allowed to circle around the outside edges. Unfortunately, the lack of space between those areas makes it so the fans are packed like sardines. There are very few bleacher seats available, and those that are present only go about three short rows up. I am a tall guy, and I often had to stand on a curb against the facility fence just to see some of the action. When you're crowded against others and the sun is beating down on a 90+ degree day, it's not the most pleasant experience. Depending on the field, it can also be very difficult to see the action.

Browns owner Jimmy Haslam wants his club to be among the cream of the crop in the NFL, and I've often heard praise about the Buffalo Bills' complex. Granted, they have the benefit of using a college field, but looking at this has my mouth salivating: 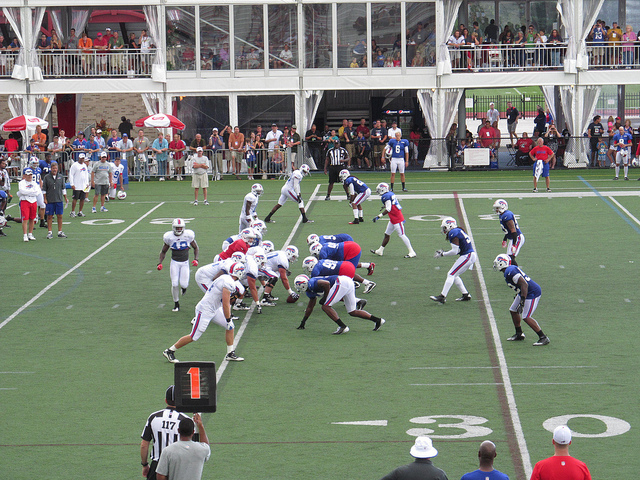 We'll see if there are any noticeable differences to the outside areas coming July and August!