Share All sharing options for: NFL Hall of Fame 2013: It's a "NO" For Art Modell 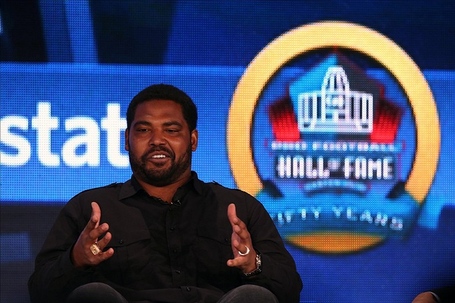 Although Ravens fans will be disappointed that Art Modell did not make the Hall of Fame, they were still well-represented by former offensive tackle Jonathan Ogden. Credit: Matthew Emmons-USA TODAY Sports

UPDATE (6:30 PM) - The 2013 Hall of Fame Class: Congratulations to the 2013 NFL Hall of Fame class, which includes the following seven individuals, in no particular order:

Check out our prediction of Super Bowl XLVII here.

UPDATE (6:15 PM) - Modell Doesn't Make It: Art Modell did not make the Hall of Fame. He didn't even make the voters' top ten. I'll let Tony Grossi get the credit for another job well done:

Grossi stated the following regarding the deliberation process on Modell:

Modell, who died on Sept. 6 and whose second team, the Baltimore Ravens, will play Sunday in Super Bowl 47, received a lot of oral support in a discussion that last over 32 minutes. Only Parcells' discussion, which lasted 55 minutes, went longer.

Here are some more reactions from the local media in Cleveland:

For Modell not getting out of the round of 15with 30 different selectors a decade later is very telling to me.

Let's not gloat or be cruel, but Modell didn't make it past the first round. Voters did their job.... fb.me/2Fjbmk15c

And then, in Baltimore, you have...Brian Billick:

Art Modell belongs in the Hall of Fame...period.

The majority of voters disagreed...again. The original story below, and feel free to celebrate in the comments section. 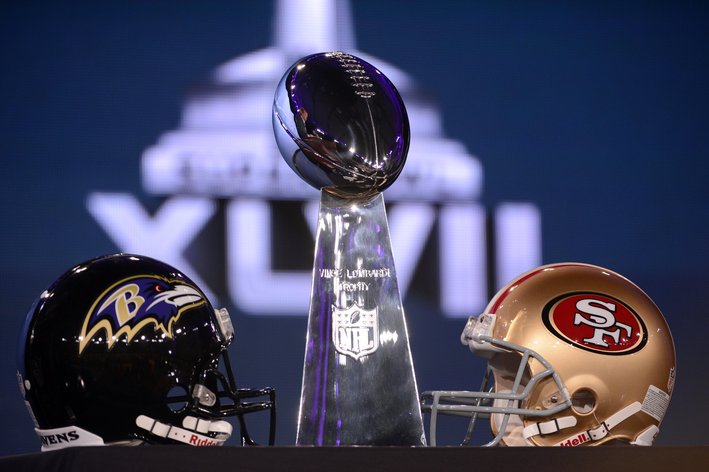 The last thing that the 49ers want is for this game to depend on the leg of David Akers in the final moments of the game.

In what seems to be an annual event now, Cleveland Browns fans will be on pins and needles waiting to see if Art Modell is inducted to the Hall of Fame today. For anyone who has lived under a rock their entire lives, despite the fact that Modell was the owner of the Browns for 34 years, the majority of Cleveland fans hate him with a passion and have been adamant about him never making the Hall of Fame.

The 2013 Pro Football Hall of Fame class will be announced at today at 5:30 pm ET on NFL Network. There are 17 finalists, with a maximum induction class of seven. Finalists must receive 80% of the votes in order to get in; Cleveland's Tony Grossi is one of the voting members. Here is a breakdown, by position or role, of the finalists:

Use this as an open thread to discuss the 2013 Hall of Fame announcements, and let's hope that Modell fails to get in once more.