In today's piece about free agents on the Cleveland Browns, we move to the team's other free agent tight end, Alex Smith. Again, that is Alex Smith the tight end, not the quarterback. 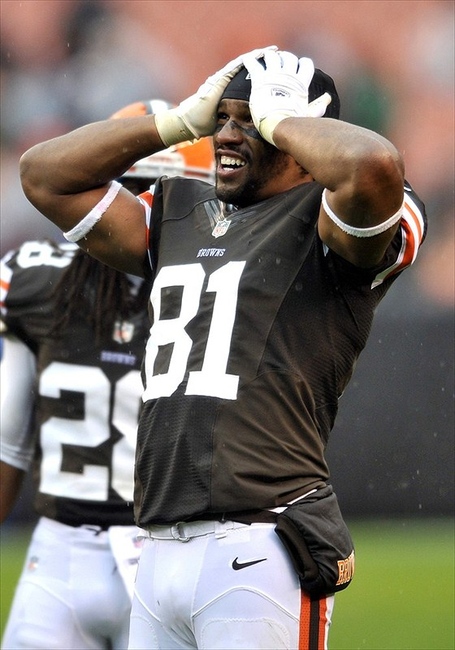 Productivity Level Last Season: Smith was credited as having two starts last season. He registered 13 catches for 47 yards. 30 of those yards came in Week 2, so he really didn't do much as a receiver the rest of the year. Cleveland experimented with him at the fullback position mid-way through the season. He was never utilized as a receiver with the Browns, but rather as a blocker.

Why Keeping Him Could Make Sense: Smith is a pretty feisty guy -- if a defender tries to mess with somebody on the offense, he'll be the first guy to jump in and defend his teammate. He's not a dynamic receiver, but he's superior to say, a Robert Royal, when it comes to his hands.

He honestly could have been used more as a receiver, but he wasn't. Still, Smith's primary attribute is being a good blocker, something Cleveland would have to search for at the position if they let Smith go.

What the Browns Should Do: Smith was paid just a shade over the minimum salary last season. For his veteran status, that would be around $850k-$900k, and Smith has clearly shown that he's willing to take one year deals at this point in his career. I think it's time to let Smith go. The Browns can try to find a blocking tight end in the later rounds of the draft, or they could try to utilize Brad Smelley in that role for lesser money.

Now it's your turn -- vote in the poll below on whether or not the team should re-sign Alex Smith!