A Gazillion Opportunities For Player Acquisition In A NFL Year.

A plaidoyer for a more constant effort, to acquire players.

Share All sharing options for: A Gazillion Opportunities For Player Acquisition In A NFL Year. 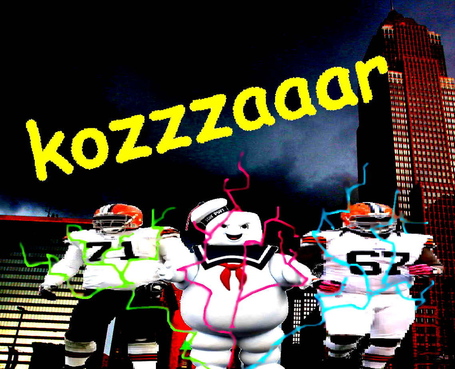 Today, I would like to reiterate, all the options we have throughout the season.

One way to do this, is to publish a depth chart, even weekly, and even in the off season. Keeping it up to date will give players, their agents, fans and other franchises and indication, regarding the evaluation of talent on the team. The more honest this is, the better everyone can plan for their future.

Another, is to keep contracts up to date. If a player has improved his standing, you might want to update his contract. Once again, the modicum for success is accuracy and a degree of predictability. If players sense, they are victims of strategy, they won´t feel comfortable, and they will stop contributing.

2. Be active in free agency.

The bank never closes. Why should the NFL? We have enough professionals in the front office, that you might expect, a degree of activity, regarding player acquisition, at all times. They should be reading their twitter, their media sources and working the phones. Players are desireables, present in a way, that lets them know they´re wanted.

I think free agency is a great way to make additions to the roster. Don´t act like your cool, when you have a hot item lined up. Be up front and honest, in concurring with others, what status a prospect has in the hierarchy of things. There are no coupon books. Every player will attain his price in time.

Like this year, we have a very high first rounder. If we determine a clear need and there is a highly rated player, that also suits our profiling, we can go for it. I actually think Shawn Lauvao is a very solid Offensive Guard. So we need another. Warmack rates high enough, and is deemed valuable enough, to go at 6. So, we can tip our hat, that we are considering him. I think it is also valid, to slate a guy, and then replace him with a preference at the same position. In the case of Warmack, I think Warford is actually a bit better, so you develop a strategy to underscore this move. Or another possibility. Kitchen and Rubin have not gotten sufficient support. I think they have very good potential. But this year has two great Nose Guards coming out. Short and Hankins. I´m saying GREAT. So slot 6 for either is adequate. Once again, it should be an internal team decision, to develop a plan, to acquire the guy at that slot. Who else qualifies for slot 6? I think QB Colin Klein will be awesome. If we still have druthers about that position, please don´t act like an idiot. A franchise quarterback possibly? Come on, you have to ask yourself, what the scouts have up their sleeves, in giving this guy no support. Then. Mooncamping at least, is clearly declared, that he will pursue a "cornerback set". Tyrann Matthieu is the best this year. I have to find a way to trade to the bottom of round one. Honesty is rewarded if it is earnest. If it´s not a ploy, karma says, yes! Otherwise. Milliner is exciting. No doubt. Thump! Solid pick at 6...So. What is my draft day strategy this year? At 6, it´s not a need. It´s a want. Be predictable, and don´t set yourself up to be disappointed. It´s the mid rounders, that provoke all the action, not the high picks...What´s the strategy then? Be predictable. This is your gauge. Then maneuver.

I like Warford, Short and Mathieu. What if I determine, that picks or no, these acquisitions will leave us much improved?...Draft Day strategy, based on a precipe for action.

In recent years I´ve been surprised at some of the free agent signees following the draft. And these guys get signed the moment the draft is over. This is a clear sign, that draft preparations are deep and thorough. Some guys slip through the cracks. 7 rounds. 7 players per team, per year. It seems a lot, but it isn´t. Also consider, every Tom, Dick and Harry, trying to place guys in the NFL. You have to ask yourself, if half the fluffered up prospects, aren´t really just spacers, in the end. So, again, you have to have guys on the phones.

I still think, that Jared Zabransky, Boise State and Chis Pizzotti, Harvard, were good quarterbacks. Lets be realistic. If they didn´t go on a Dunkin Donut diet, you can still suspect, they have the fundamental skills. What do I have to lose? So, be a trend setter, not getter. Look for talents, that fell through the cracks. Be a bon vivant with what you have to offer. Give some forgotten aspirants a chance. Camp should be very interesting.

Same thing. What kind of pride prohibits you from picking up men that rated well with you, but someone swiped them away in front of your eyes? One man´s trash is another man´s treasure. Trust your own evaluations, and don´t be afraid to reevaluate a rival´s off casts.

Develop your own farm system. How many players don´t make it to the highest level. Scan the CFL. Look at World Football. Jot guys down, on a list, that you were dissatisfied, didn´t make it to the NFL. Treat the missing ones, as inactives, until they´re no longer athletic.

Be a realist. Some clubs are friendlier than others. Develop a fine sensitivity towards these fluctuations. If unfair tactics were used to land a player, I had a shot at, don´t act like you´re a saint. Continue to covet these players.

Be creative. But the key is, to settle on actual plans, surrounding it. Originality pays off, if you are ultimately successful.

If you want, you can discuss prime examples, per point here. I´m sure some will come to mind.