With the Browns sniffing around help at the defensive back position, Brent Grimes could be the type of player and talent Browns' fans have been hoping to see opposite of Joe Haden. Grimes' Achilles injury may limit his effectiveness and the injury creates a classic case of buyer beware.

As many of us know by now, defensive back and NFL free agent Brent Grimes was in Cleveland yesterday for a visit and was presumably discussing a contract with our front office brass. Chris covered the story yesterday in his piece, Browns Host Brent Grimes for a Visit. This news was first broken by Alex Marvez over at FoxSports and has once again created a buzz around the Browns activity in free agency this year:

That buzz reverberated throughout the entire city of Cleveland. Below is a snapshot of the top, current Twitter trends for Cleveland, Ohio. You can see Brent Grimes near the center of the map, which is courtesy of trendmap.com:

So in this piece I hope to present a thoughtful and informative argument that quantifies what it could mean to the Browns if we sign Brent Grimes. Outside of the Achilles tear that sent Brent Grimes to IR last season, he has been a stud at the corner. But as I will explain, the nature of Achilles tears and NFL players is a dynamic piece of science. I will present some facts from a recent Duke University study and apply these facts and findings to expected returns for Grimes in the future. I will admit the validity of my approach may be questioned, but I feel it helps create a context for performance expectation and could help Browns' fans glean what Banner and Lombardi are thinking when considering Grimes and his potential fit with the team.

To start things off, check out the video clip below. While I don’t advocate watching highlight films because they don’t portray the players every down tendencies, it’s hard to showcase anything aside from highlights given the NFL’s "big brother" propensity to wipe-out most original NFL film on youtube. The good news for my reputation (and for you) is that this video is not what I’m hanging my argument on:

Thanks to a new membership over at ProFootballFocus, I will be able to start including analytic data to help quantify what it is we see or feel about a player. So let's take a look at Brent Grimes:

As you can see, Grimes was extremely productive and dependable for the entire 2010 and 2011 season. Grimes’ amassed 11 interceptions during both the 2009 and 2010 seasons and was actually an alternative selection for the Pro Bowl in 2010. The Falcons added Asante Samuel last off-season, 2012, and then franchised Grimes. But it was in the season opener when Grimes’ went down with a torn Achilles in September.

If healthy, Grimes is undoubtedly one of the best available free agent defensive backs. He could help fill a hole on the Browns roster that is badly in need of an upgrade and the thought of Haden and Grimes together is not a bad one.

So what’s been the hold up?

We have the money.

We have the need.

He was in the building.

Well, in March 2010, four orthopedic doctors at Duke University published a study that detailed the careers of NFL players after suffering a ruptured Achilles tendon between the years of 1997 and 2002. These doctors concluded that only about two-thirds of NFL players suffering said injury ever returned to the field. 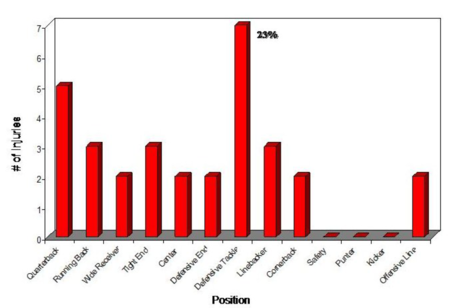 In fact, their study found that of the 31 players who tore their Achilles tendons during that time frame, 21 came back after the injury. Those players took an average of 11 months recover and get back on the field. Of the players that returned, nearly all of them saw a decrease in the number of games they played as well as a decline in their production in the three seasons following their return to the field. 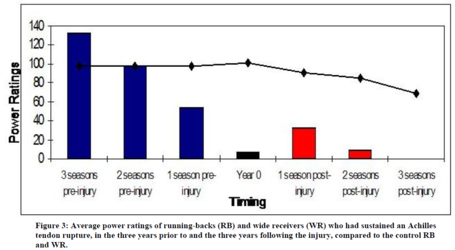 The Duke study suggests that defensive backs saw a power ranking drop of 87% so if we hypothetically apply the expected decrease in production to the ProFootballFocus Statistics shown above from 2010 - 2011, then we would see adjusted ratings for Brent Grimes as follows:

What I’m trying to portray is that even though (when healthy) Grimes has been overwhelmingly productive, his Achilles injury will most likely change the player we see on the field in the future. If the statistics in the Duke University study are extrapolated and applied to Grimes’ best performing years, we can see a projection of what his adjusted performance will be moving forward. With that being said, let’s compare Grimes' numbers from ProFootballFocus with three other players still on the free agency that we may be considering.

These players may present an alternative to Grimes for the Browns. While their original numbers aren't near as strong as Grimes', they could be deceptively more competitive if you believe Grimes' Achilles injury will diminish his ability as much as the Duke study suggests.

In summary, when I consider the comparative performance data and the data pertaining to Achilles injuries / players returning from them, this makes me view Grimes' fit in Cleveland with a much more tempered expectation. I hope this type of analytic data coupled with firm medical research helps fans understand - presumably - one of the big reasons why Grimes hasn't been signed in Miami and left Cleveland yesterday without an official offer .

So what do we do Browns fans? Do we take a chance that Brent will beat the odds, beat the statistics, and return to prior form? Afterall, Terrell Suggs seemed to be able to do so. Or do we move on and start to pursue the likes of Munnerlyn, Hall or even Rhodes?