Yesterday, there was a tweet by Tony Lastoria (h/t Josh Finney), who covers the Cleveland Indians for Indians Prospect Insider, that led some people to be confused about where part of our front office and coaching staff were headed:

#Browns VP of Player Personnel Mike Lombardi and Def Coordinator Ray Horton both on my flight to Phoenix.

Is Brent Grimes the Perfect Fit For Cleveland? 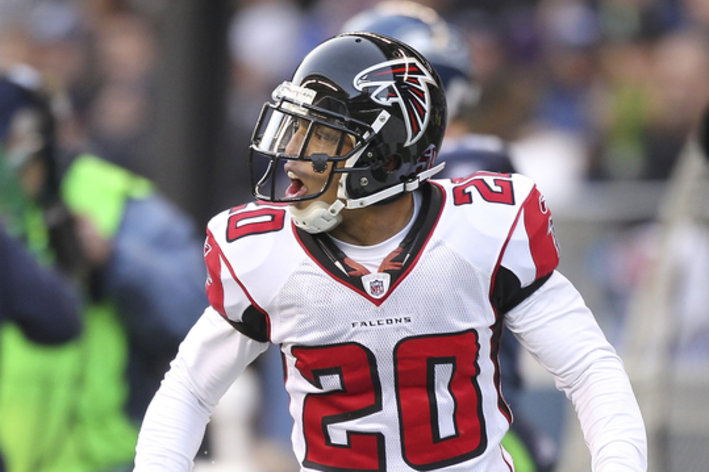 With the Browns sniffing around help at the defensive back position, Brent Grimes could be the type of player and talent Browns' fans have been hoping to see opposite of Joe Haden. Grimes' Achilles injury may limit his effectiveness and the injury creates a classic case of buyer beware.

At first, some people wondered if they might be going to pay a visit to someone like safety Kerry Rhodes, who was recently released by the Arizona Cardinals. Under normal circumstances, it would be unconventional for the Browns to visit a free agent -- it is supposed to work the other way around. A look back at the 2013 NFL League Calendar provides a more reasonable explanation: they are headed to Arizona for the NFL's Annual League Meeting in Phoenix.

What about the logistics of Horton leaving Cleveland around the same time that free agent cornerback Brent Grimes was reportedly visiting with the Browns? Were the Browns not as serious about Grimes if Horton wasn't part of that meeting? According to Nate Ulrich of the Akron Beacon Journal, as it turns out, Horton was there:

Source on free-agent CB Brent Grimes and his family visiting CLE: "They enjoyed the visit and will discuss it moving forward." #Browns

The Berea facility is very close to Hopkins International Airport, so my guess is that Horton and company met with Grimes Saturday morning, before taking off a few hours later. In perhaps another encouraging sign about Grimes, according to Ben Volin of The Palm Beach Post, a source close to Grimes said the following (note: Grimes visited Miami before visiting Cleveland):

Grimes hopes to sign with a team after next week's owners meetings in Phoenix. All 32 GMs will be attending to league matters

Getting back on the topic of the owners meetings, based on another report by Ulrich, a lot of members from the Browns' front office and coaching staff will be in Phoenix:

This is also an opportunity for the coaching staff and front office to meet with some of the agents who are there, which could lead to further negotiations regarding some of the free agents still on the market. Don't believe me? Drew Rosenhaus is among the agents ready-to-go in Phoenix:

Working the lobby of the Biltmore at the Owners Meetings twitter.com/RosenhausSport…

Sounds like fun. A little bit later today, in this week's edition of The Sunday Five, I will discuss the rule changes that Jimmy Haslam and the rest of the owners will vote on during the meetings, as well as a note on conditional draft choices.