Several weeks ago, we reported that Cleveland Browns center Alex Mack was one of the lucky players selected to participate in the second annual NFL Pro Hollywood Boot Camp at Universal Studios. Levi Damien, who operates Silver and Black Pride, our Raiders affiliate, had the opportunity to attend the event as well and see a lot of the action that the players were taking part in. There were several mini-films taking place, and Damien described the one that Mack participated in:

One crew took to "Spartacus Square" which, as the name would suggest, was where the classic film "Spartacus" was shot among a few other films over the years since then. This film was titled "Et Tu Brute" which is a comedic take on the story of Roman emperor, Julius Caesar.

NFL receiver Ramses Barden played the role of Caesar. It's unclear what role Mack had, but Damien shared several pictures of him in action: 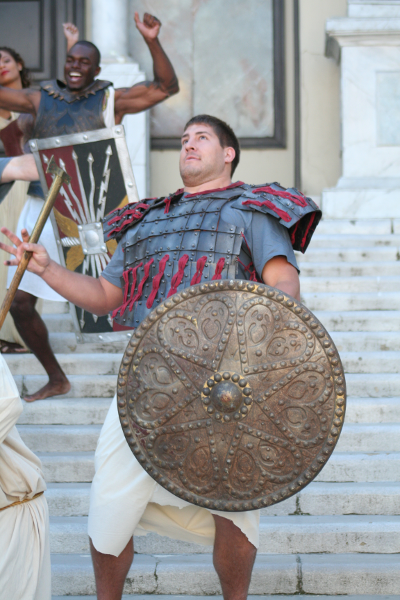 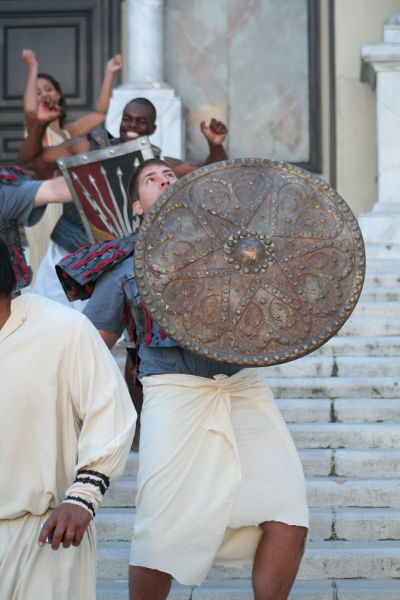 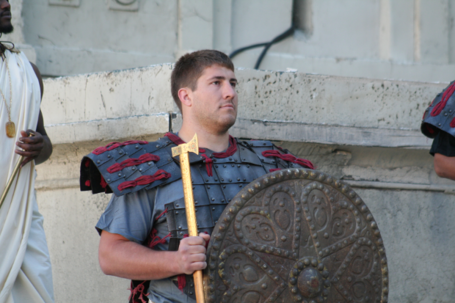